Golden Girl - The Autobiography of the Greatest Ever Ladies' Darts Player 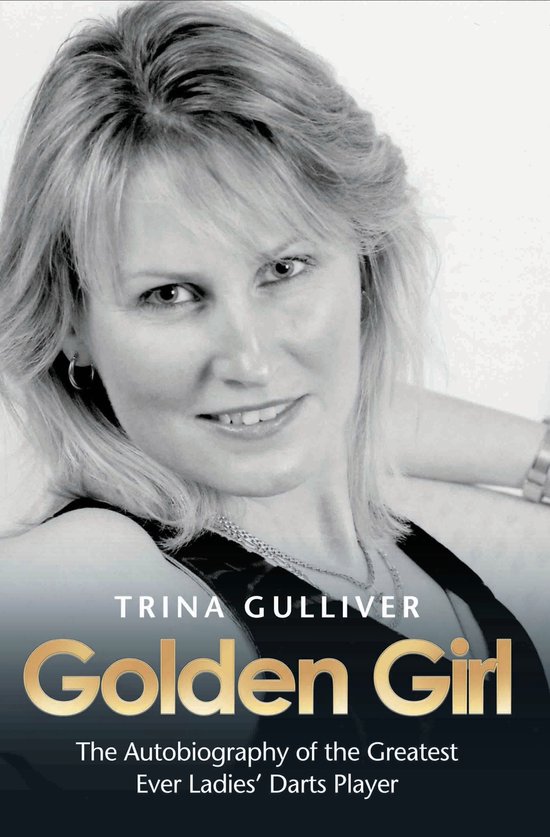 Trina Gulliver is indisputably the finest ladies' darts player in the world. With an amazing seven consecutive Lakeside Ladies' World Championsship titles under her belt, this inspirational woman can lay claim to being the most phenomenal player of all time. But it hasn't always been a victorious check-outs for this Warwickshire girl. Qualifying as a joiner at the age of nineteen, Trina soon set up her own business and had her first taste of making it in what has traditionally been a man's world. Her calm head, keen eye and steady hand proved to be useful skills in this trade - and would prove priceless when stepped up to the oche as a professional player. Always a lover of the game, Trina held her first 'arrow' at the age of two, and after some success later in the Warwickshire County side she went full-time as a professional player. Without any sponsorship in her first year, she struggled to make ends meet as she drove all over Europe to play. But her determination to get to the top saw her make it to number ten in the world, and she finally hit the bullseye in the form of a sponsor. Twelve months later she was number one - where she remains to this day. Fiercely passionate about her sport, Trina has long been an outspoken critic of the prize money in the women's game compared to the men's, and has done sterling work in helping to raise the profile of the ladies' game. Professional to the core, Trina works as hard as the top male players on her game, and is a role model to women in the sport. Golden Girl is the story of a woman whose talent, grit and determination saw her realise her dream. Heart-warming and inspirational, this book will appeal to darts lovers and anyone interested in a story of success against the odds.