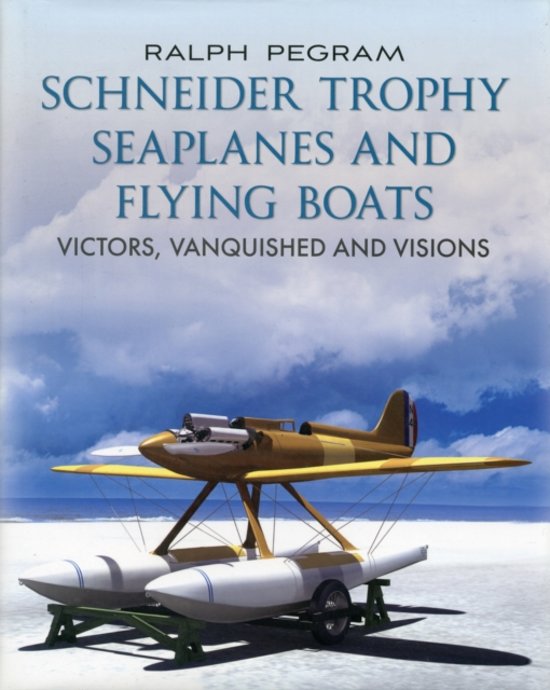 The Coupe d'Aviation Maritime Jacques Schneider (commonly called the Schneider Trophy, or prize or cup) was a prize competition for seaplanes. Announced by Jacques Schneider, a financier, balloonist and aircraft enthusiast, in 1911, it offered a prize of roughly GBP1,000. The race was held eleven times between 1913 and 1931. It was meant to encourage technical advances in civil aviation but became a contest for pure speed with laps over a triangular course (initially 280 km, later 350 km). The races were very popular and some attracted crowds of over 200,000 spectators. Since 1977 the trophy has been on display at the Science Museum in London. The race was very significant in advancing aeroplane design, particularly in the fields of aerodynamics and engine design, and would show its results in the best fighters of WW2. The streamlined shape and the low drag, liquid-cooled engine pioneered by Schneider Trophy designs are obvious in the British Supermarine Spitfire, the American P-51 Mustang, and the Italian Macchi C.202 Folgore. This book is a history of the 100+ different aircraft types designed to contest for the Schneider Trophy from its inception in 1912 through to the final post-script in 1934. The narrative covers the political dynamics of the contests, the rivalries and the partnerships that led to the development of these aircraft. Each aircraft and engine is described along with the story of their construction and testing. The core of the book is a set of detailed 1:72 scale 3-view drawings and photographs from the author's personal collection, most of which have not been published previously. The text and drawings draw upon the author's comprehensive library of drawings, photographs, blueprints, reports, books and magazines on the subject and contain much new information. The majority of these aircraft, including some of the better known types, have been served poorly in the past in terms of availability of drawings. The book will appeal both to readers with a casual interest in the Schneider Trophy and to those seeking a comprehensive source of information on the subject. It will be of particular use to aircraft modellers. At present there are no books in print on the subject of the Schneider Trophy, the most recent in English was published in 2000. The majority of the more recent books date from 1981, the 50th anniversary of the final contest.