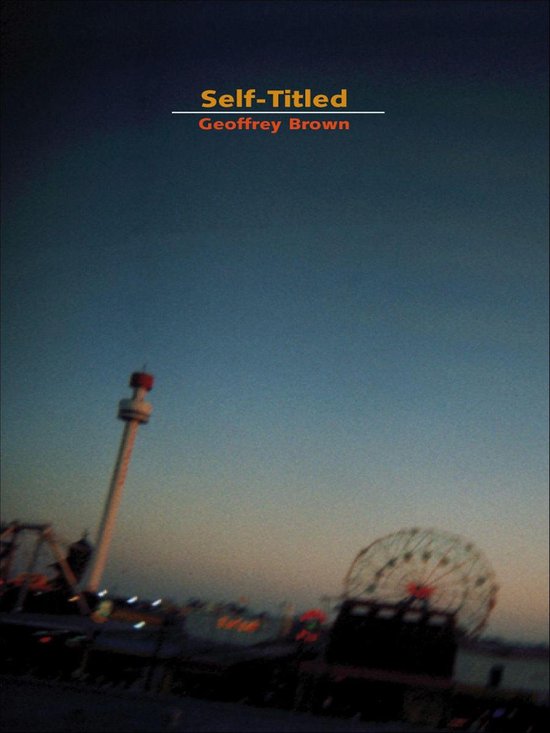 Can a breakup break you apart? In Self-Titled, Geoffrey Brown stares into a mirror and writes what he sees, what he thinks, what he feels. The result? A self-portrait that's at once comic and psychotic, a complex consciousness cap tured in crystalline prose. Memories, manias, miasmas – Brown morphs the machinery of his mind into an utterly original entity, equal parts diary, criminal confession, sex manual and mash note, as he contemplates a breakup.


The novel splits into two parts; in 'First,' our slacker hero analyzes the minutiae of the relationship, trying to understand what he did, why it went wrong, and whether she'll come back. In 'Second' he knows she's not coming back, and he gets angry, flagellating himself with a whip of wordplay and remorse.


Self-Titled is a singular achievement with universal appeal: who hasn't squinted into a mirror and said, 'What the hell is happening here?'? If Gertrude Stein's autobiography was Everybody's Autobiography, then Brown's self-portrait is everybody's self-portrait. Guest edited for the press by Derek McCormack.