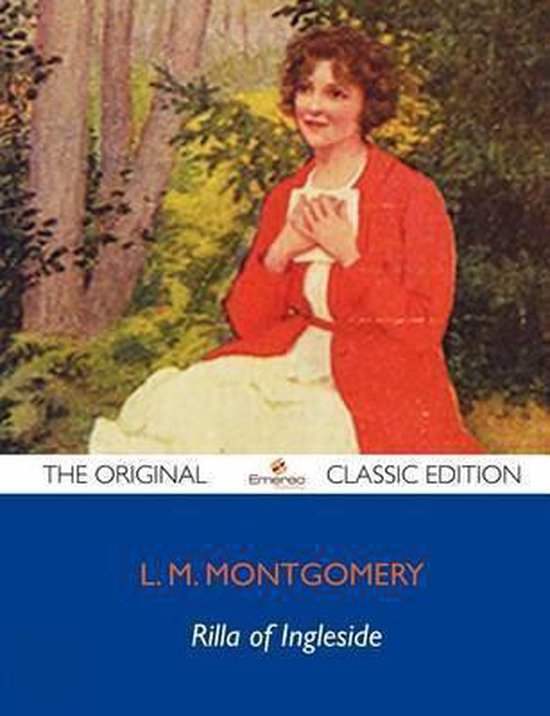 It is certainly hard to begin reading ""Rilla of Ingleside,"" knowing it is the eighth and final book in the Anne of Green Gables series. When it was written in 1921 it was actually the sixth book that L.M. Montgomery wrote in the series. Years later she would add ""Anne of Windy Poplars"" as the ""fourth"" book and ""Anne of Ingleside"" as the sixth, pushing this one to eighth place. The title character is Rilla, born Bertha Marilla Blythe (named for Anne's mother and the old maid who adopted the red-headed orphan), the youngest of Anne and Gilbert's daughters. The novel is set about a decade after Montgomery's previous Anne novel, ""Rainbow Valley,"" which was more about the four children of the new widowed minister John Meredith, who become good friends with the Blythe kids. Most of the novel is set during World War I, which is one of the most interesting aspects of the story for me.

As the novel begins Rilla is almost fifteen years old, with bright hazel eyes and a dazzling smile. Rilla is still looking forward to her first romance and for her the most important thing in the world is going to her very first dance at the Four Winds lighthouse and getting her first kiss from Kenneth Ford. But the story takes a dramatic turn as the shadow of the World War reaches all the way to Ingleside. Her brothers, her friends and her beau go over the ocean to fight in France and Rilla brings home an orphaned newborn in a soup tureen and organizes the Junior Red Cross. Everything takes on new meaning when there is a war going on, waiting to hear from the battlefields of France and Susan wondering when America is finally going to get involved so the Allies can win and the boys can finally come home. American involvement in that war was pretty brief, so what I found fascinating is to see that war from the Canadian perspective, as it drags on year after year.

Young men get killed in a war and that tragedy touches the Blythe family. Then more bad news comes from France, bringing home the nightmare even more. Yet Montgomery creates the possibility of hope in the figure of a faithful dog, waiting at the train station for his master to return. Rilla is not the only one waiting for someone to come home: Una Meredith and Mary Vance are waiting as well. ""Rilla of Ingleside"" was published in 1921, which means that L. M. Montgomery provided a contemporaneous account of the war as seen from the home front. We learn of what is happening second-hand as we see the impact of the war on the mothers, sisters and girls who were left behind to worry about Paris being shelled by the Germans along with the fate of the Empire and their loved ones. This gives ""Rilla"" an emotional depth unmatched in Montgomery's work, and also sets up the tragic aspects of the story. While this might be a bit sobering for younger readers, by the time they get to this final novel I believe they will be well prepared.

There are certainly comic aspects to the story, but this an emotional tale that provides a satisfying conclusion to the story of Anne Shirley and her family.