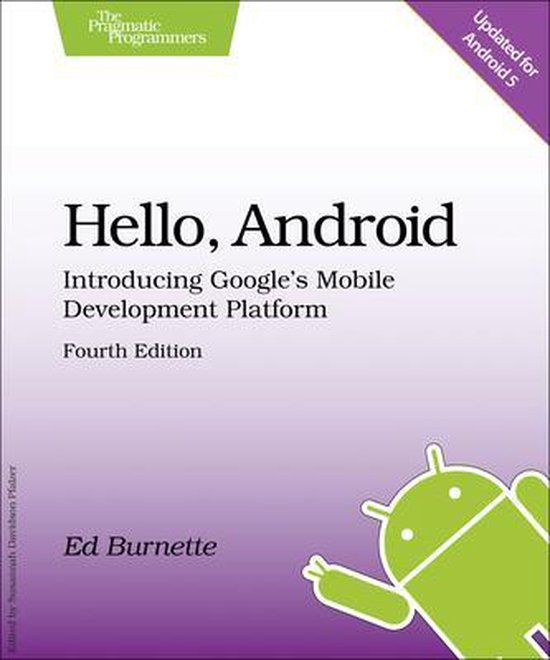 Google Android dominates the mobile market, and by targeting Android, your apps can run on most of the phones and tablets in the world. This new fourth edition of the #1 book for learning Android covers all modern Android versions from Android 4.1 (Jelly Bean) through Android 5.0. Freshly added material covers new Android features such as Fragments, Google Play Services, and Loaders, in addition to the latest Android Wear and Android TV platforms. Android is a platform you can't afford not to learn, and this book gets you started. Android is a software toolkit for mobile phones and tablets, created by Google. It's inside more than a billion devices, making Android the number one platform for application developers. Your own app could be running on all those devices! Getting started developing with Android is easy. You don't even need access to an Android phone, just a computer where you can install the Android SDK and the phone emulator that comes with it. Within minutes, Hello, Android gets you creating your first working application: Android's version of Hello, World. From there, you'll build up a more substantial example: an Ultimate Tic-Tac-Toe game. By gradually adding features to the game, you'll learn about many aspects of Android programming, such as creating animated user interfaces, playing music and sound effects, building location-based services (including GPS and cell-tower triangulation), and accessing web services. You'll also learn how to publish your applications to the Google Play Store. This fourth edition of the bestselling Android classic has been revised for Android 4.1-4.3 (Jelly Bean), 4.4 (KitKat), and Android 5.0. Every page and example was reviewed and updated for compatibility with the latest versions and streamlined based on reader feedback.