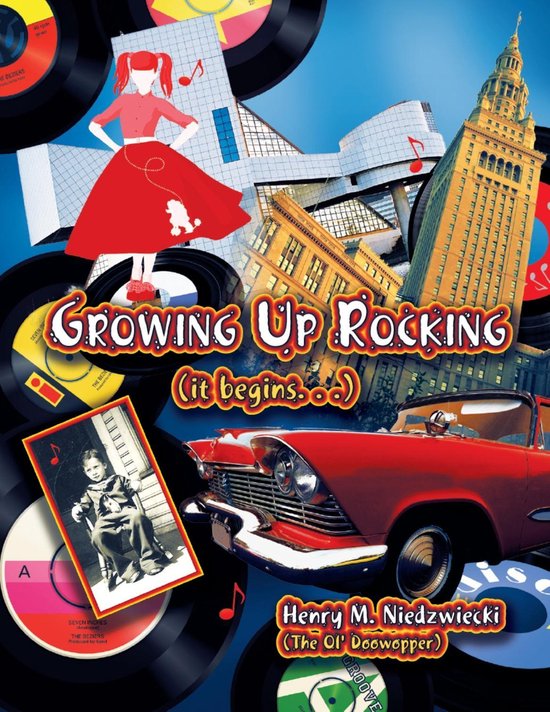 In the 1950s, Cleveland, Ohio was the number one music city in the world. It was in Cleveland that DJ Alan Freed first coined the term "rock and roll" and it was in Cleveland that the teenage Henry Niedzwiecki, aka The OlDoowopper, grew up with a ringside seat to the birth of rock and roll or doo-wop music.----Growing Up Rocking is more than just a collection of photographs and artifacts that Niedzwiecki has taken and amassed over the decades; it is his life story told through rock and roll music. ----The author invites the reader to relive with him many of the pivotal rock and roll radio and television performances from the Fifties and Sixties; timeless moments that continue to define what we think of as rock music even today. ----Over the years the author has also interviewed and photographed many of the pivotal stars from the doo-wop and early rock and roll era. Those interviews and photographs are another aspect of what makes Growing Up Rocking such a compelling document of what it was like to be in the exact time and place that rock and roll music first set the world on fire.