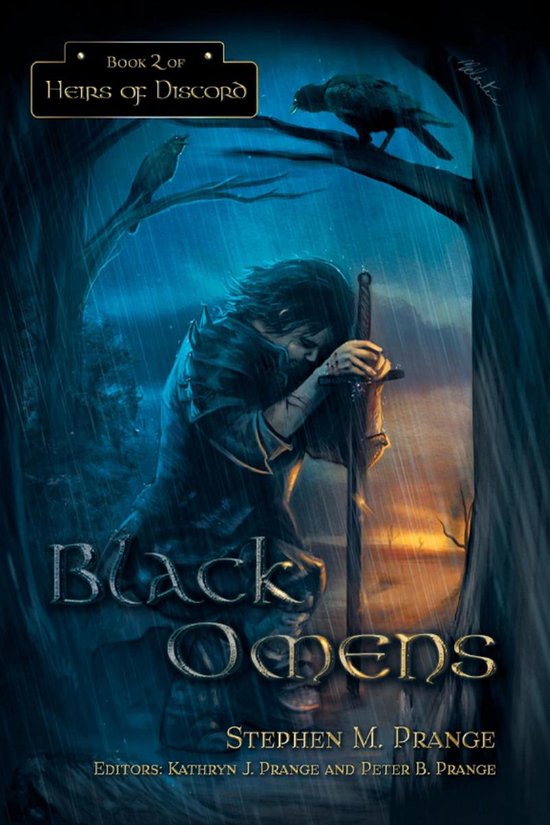 Ebon envisioned being a great warrior like his father, Luc Shattar, the hero of the Battle of Halgrain and the greatest swordsman in the history of Trist. Ebon is young, highly trained in a military academy, and confident as only the young and inexperienced can be … until the fates of war intervene to challenge him both as a warrior and a man. The old enemy, Vutra, has been threatening to take up arms, so the armies of Trist gather to defend their homeland. Ebon and his three closest friends, Caliel, Mendel, and Gabriel, excited about the coming war, feel ready to fulfill their imagined destinies. They cannot begin to conceive how their lives will be affected by unforeseen events and trials, and the roles they will play as Heirs of Discord, heirs of a war started before they were born. Caught up in events far beyond the borders of his "world," Ebon must also face shocking secrets of his heritage hidden in mysterious clues, the greatest being the mystical prophecy known as Black Omens. Black Omens: Book 2 of Heirs of Discord follows events of the first book A Blade of Dark Ebony. The next book in the series is White Locks.