In the Shadow of the Courthouse, Second Edition 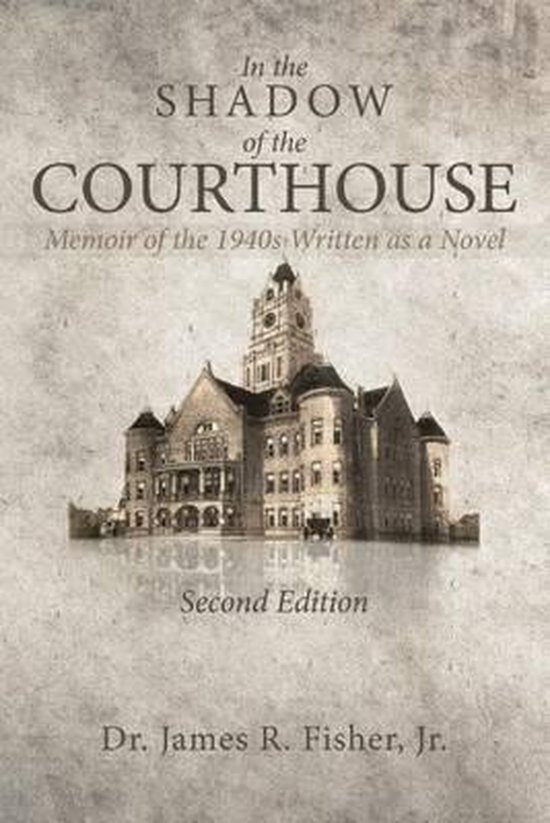 In the Shadow of the Courthouse invites the reader to imagine coming of age (8 to 13) in Clinton, Iowa in the middle of the United States, in the middle of the century (1942-1947) and in the middle of this farm belt community of 33,000 snuggled against the muddy Mississippi River during World War Two, and in the shadow of the courthouse with its magnificent four-sided face clock chiming the time every half hour and looking down on you no matter where you might go. It is in this working class climate that the author came of age in the shadow of that courthouse while the nation struggled to come of age in the shadow of the atomic bomb. There was no television. There were no mega sports. Nor were there big automobiles, or manicured lawns. There was radio, movies, high school sports, and the Industrial Baseball League, where men too young or too old to go to war played baseball for the fun of it. Clintonians, as everyone was known, had victory gardens, drove old jalopies, took the bus or rode their bicycles to work. It was a time when the four faces of the magnificent Clinton County Courthouse clock chimed on the half hour, and threw a metaphorical shadow over young people's lives. This made certain they would not have any excuse for being late for meals made essentially from victory garden staples. The courthouse neighborhood, which is the focus of this story, had most stay-at-home mothers in two-parent families. Few parents managed to get beyond grammar school, nearly all worked in Clinton factories or on the railroad. Divorce was as foreign as an ancestral language. It was a time when Clinton families during atrocious summer hot spells could be found to be sleeping in Riverview Park near the Mississippi River, watching the river barges pass in the night. It was not uncommon for people to leave their windows open, their doors unlocked, and bicycles on the side of the house, and if they had automobiles, keys in the car, secure in the knowledge that neither neighbor nor stranger would disturb their possessions. In winter, schools were never closed even when snow banks were four feet high. In the Shadow of the Courthouse is a narrative snapshot of core neighborhood activities of young people against the backdrop of the courthouse, St. Patrick's School, Riverview Stadium, downtown Clinton and uptown Lyons, Bluff Boulevard, Hoot Owl Hollow, Mount St. Clare College, Mill Creek, Beaver Slough, Joyce Slough, the churches, schools, and hospitals throughout the city, U.S. Army's Schick General Hospital, which brought the war to this place, tending battlefield casualties, the USO, Chicago & North Western Railway, Clinton Foods, Du Pont, and many other industries, which were working hard toward the war effort as seen through the impressionistic eyes of the author as a boy from age eight to thirteen. It was also a time when kids created their own play, as parents were too tired or too involved in the struggle to make a living to pay them much mind. Clinton youngsters would never know such Darwinian freedom or its concomitant brutality again. This is not a history of the times. Nor is this a novel in the conventional sense, but rather the recollections of a time, place and circumstance through the author's self-confessed imperfect vision. In the Shadow of the Courthouse promises to awaken that sleeping child in the reader of every age.