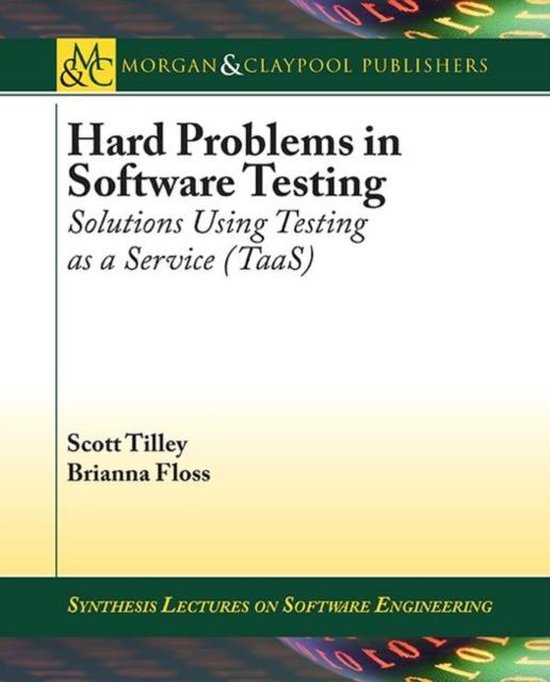 This book summarizes the current hard problems in software testing as voiced by leading practitioners in the field. The problems were identified through a series of workshops, interviews, and surveys. Some of the problems are timeless, such as education and training, while others such as system security have recently emerged as increasingly important. The book also provides an overview of the current state of Testing as a Service (TaaS) based on an exploration of existing commercial offerings and a survey of academic research. TaaS is a relatively new development that offers software testers the elastic computing capabilities and generous storage capacity of the cloud on an as-needed basis. Some of the potential benefits of TaaS include automated provisioning of test execution environments and support for rapid feedback in agile development via continuous regression testing. The book includes a case study of a representative web application and three commercial TaaS tools to determine which hard problems in software testing are amenable to a TaaS solution. The findings suggest there remains a significant gap that must be addressed before TaaS can be fully embraced by the industry, particularly in the areas of tester education and training and a need for tools supporting more types of testing. The book includes a roadmap for enhancing TaaS to help bridge the gap between potential benefits and actual results.