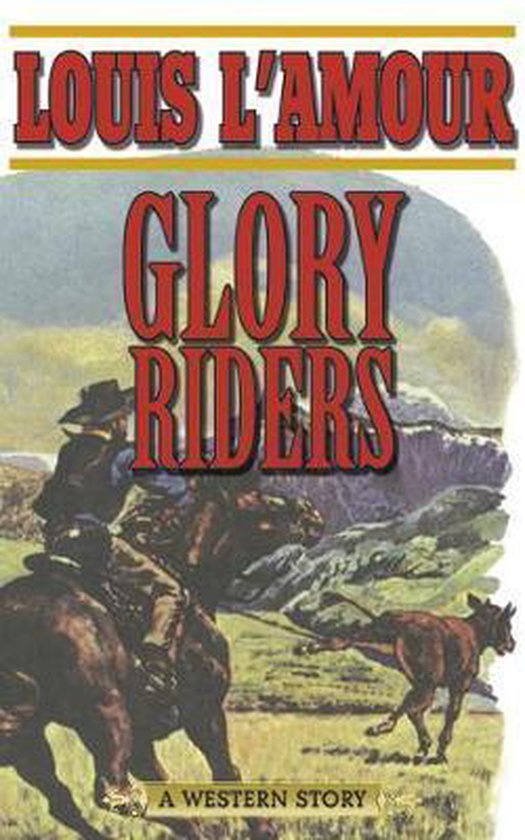 Collected for the first time in a single book are six of L'Amour's finest Western stories. The texts have been restored according to how they first appeared in their initial publication in magazines. Jim Sandifer knows he'll lose his job at the B Bar Ranch as well as the girl he's sweet on when he prevents a raid by some B Bar men on the Katrischen Spread in The Turkeyfeather Riders. In Four Card Draw, Allen Ring wins a small ranch-until the town marshal shows up and tells Allen he can't live there because a murder that had taken place there is still unsolved. In Home in the Valley, Steve Mehan has driven a herd from Nevada to California in the dead of winter and has the money safely on deposit with Dake & Company. But upon his arrival in Sacramento, he learns that the bank has failed. Also included in this collection are Man Riding West, West Is Where the Heart Is, and Fork Your Own Bronco. The stories in Glory Riders easily reveal why Louis L'Amour is the greatest Western writer of all time.