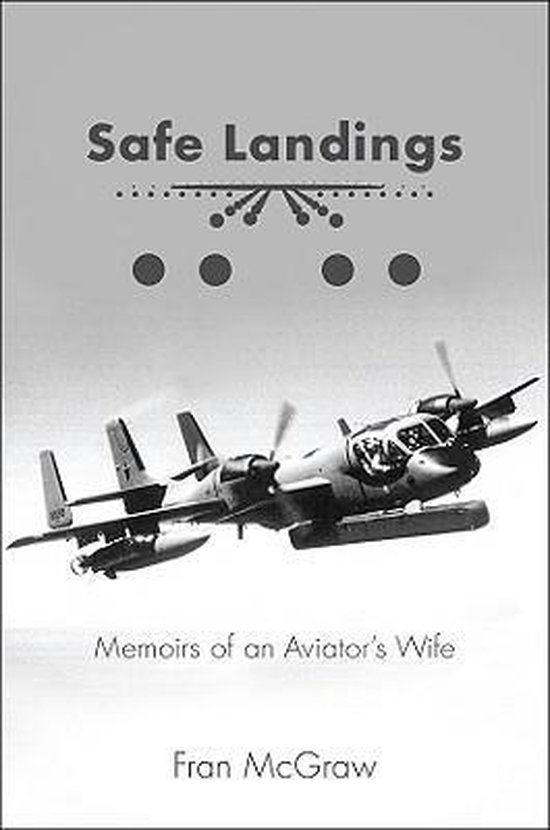 One morning about the middle of May, as we struggled to share the single lavatory in our bathroom, our eyes met, and I didn't like what I saw. When he was dressed, he announced to me that he wanted a divorce...I looked him straight in the eye and said, 'Jim McGraw, you can't do better.'' In a time when half of all marriages end in divorce, a heartwarming memoir of an aviator wife's successful fifty-year marriage that endured separations during the Vietnam War, personal turmoil, and various moves around the world offers encouragement to civilian and military families alike. In Safe Landings: Memoirs of an Aviator's Wife, new author Fran McGraw gives readers hope that in the face of struggles their marriage can survive if built on faith in God and commitment to each other. 'A very personal and poignant account of a family's military service-both the triumphs and the tribulations.' -Colonel Larry Gordon, author of The Last Confederate General: John C. Vaughn and His East Tennessee Cavalry 'Reading Safe Landings gave me a better understanding of the sacrifices made by those in military service and their families in keeping the world a safer place.' -Betty Hay, friend of the author Fran McGraw was an aviator's wife for thirty-six years. Her marriage survived two Vietnam tours, two children, six grandsons, and thirty-nine moves. Fran and her husband are currently retired in a golf course community near Fort Worth, Texas, where they participate in their community chapel, volunteer fire department, and golf associations.