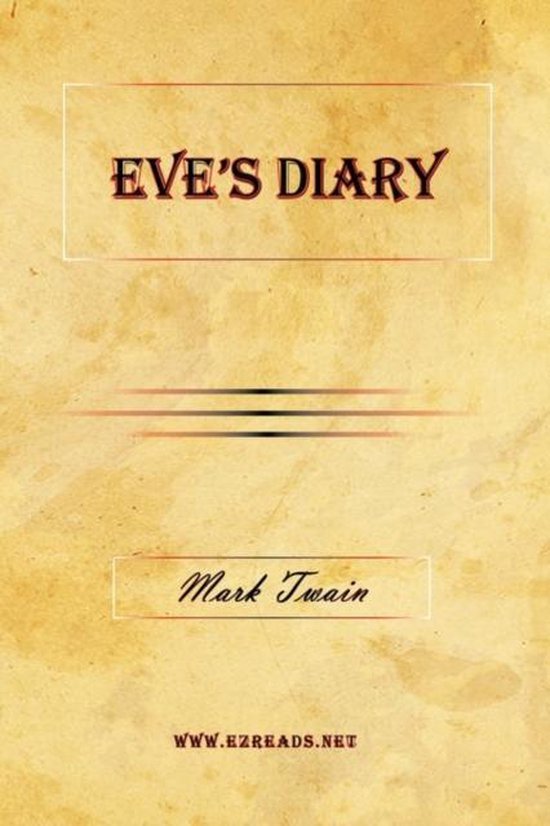 Eve's Diary is a comic short story by Mark Twain. It is written in the style of a diary kept by the first woman in the Judeao-Christian creation myth, Eve, and is claimed to be "translated from the original MS." The "plot" of this novel is the first-person account of Eve from her creation up to her burial by, her mate, Adam, including meeting and getting to know Adam, and exploring the world around her, Eden. The story then jumps 40 years into the future after the Fall and expulsion from Eden. It is one of a series of books Twain wrote concerning the story of Adam and Eve. The book version of the story was published with 55 illustrations by Lester Ralph, on each left hand page. These beautiful additions depicted Eve and Adam in their natural settings. Unfortunately, the depiction of an unclothed woman was considered pornographic when the book was first released and created a controversy around the book.