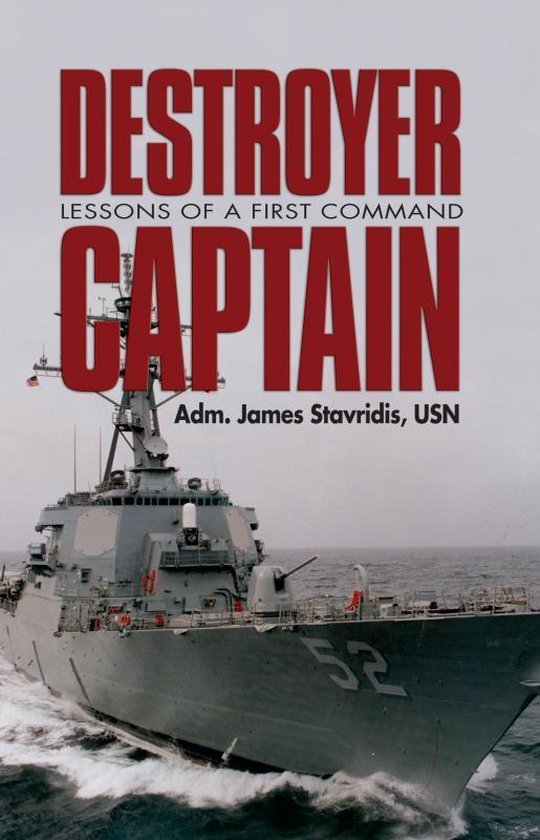 This memoir of James Stavridis' two years in command of the destroyer USS Barry (DDG-52) reveals the human side of what it is like to be in charge of a warship for the first time and in the midst of international crisis. From Haiti to the Balkans to the Arabian Gulf, the Barry was involved in operations throughout the world during his 1993-1995 tour. Drawing on daily journals he kept for the entire period, the author reveals the complex nature of those deployments in a 'real time' context and describes life on board the Barry and liberty ashore for sailors and officers alike.


With all the joy, doubt, self-examination, hope, and fear of a first command, he offers an honest examination of his experience from the bridge to help readers grasp the true nature of command at sea. The window he provides into the personal lives of the crew illuminates not only their hard work in a ship that spent more than 70 percent of its time underway, but also the sacrifices of their families ashore. Stavridis credits his able crew for the many awards the Barry won while he was captain, including the Battenberg Cup for top ship in the Atlantic Fleet. Naval aficionados who like seagoing fiction will be attracted to the book, as will those fascinated by life at sea. Officers from all the services, especially surface warfare naval officers aspiring to command, will find these lessons of a first command by one of the Navy's most respected admirals both entertaining and instructive.