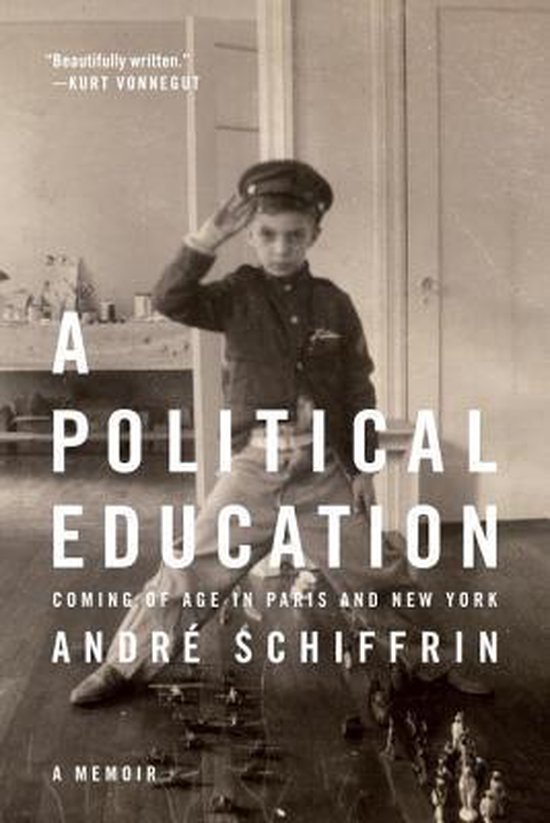 Andr├® Schiffrin was born the son of one of France┬Æs most esteemed publishers, in a world peopled by some of the day┬Æs leading writers and intellectuals, such as Andr├® Gide, Jean-Paul Sartre, and Antoine de Saint-Exup├®ry. But this world was torn apart when the Nazis marched into Paris on young Andr├®┬Æs fifth birthday.

Beginning with the family┬Æs dramatic escape to Casablanca┬Śthanks to the help of the legendary Varian Fry┬Śand eventually New York, A Political Education recounts the surprising twists and turns of a life that saw Schiffrin become, himself, one of the world┬Æs most respected publishers. Emerging from the ├®migr├® community of wartime New York (a community that included his father┬Æs friends Hannah Arendt and Helen and Kurt Wolff), he would go on to develop an insatiable appetite for literature and politics: heading a national student group he renamed the Students for a Democratic Society┬Śthe SDS . . . leading student groups at European conferences, once, as an unwitting front man for the CIA . . . and eventually being appointed by Random House chief Bennett Cerf to head the very imprint cofounded by his father┬ŚPantheon.

There, he would discover and publish some of the world┬Æs leading writers, including Noam Chomsky, Michel Foucault, Art Spiegelman, Studs Terkel, and Marguerite Duras.

But in a move that would make headlines, Schiffrin would ultimately rebel at corporate ownership and form his own publishing house┬ŚThe New Press┬Śwhere he would go on to set a new standard for independent publishing. A Political Education is a fascinating intellectual memoir that tells not only the story of a unique and important figure, but of the tumultuous political times that shaped him.


From the Hardcover edition.