Special Operations in the American Revolution 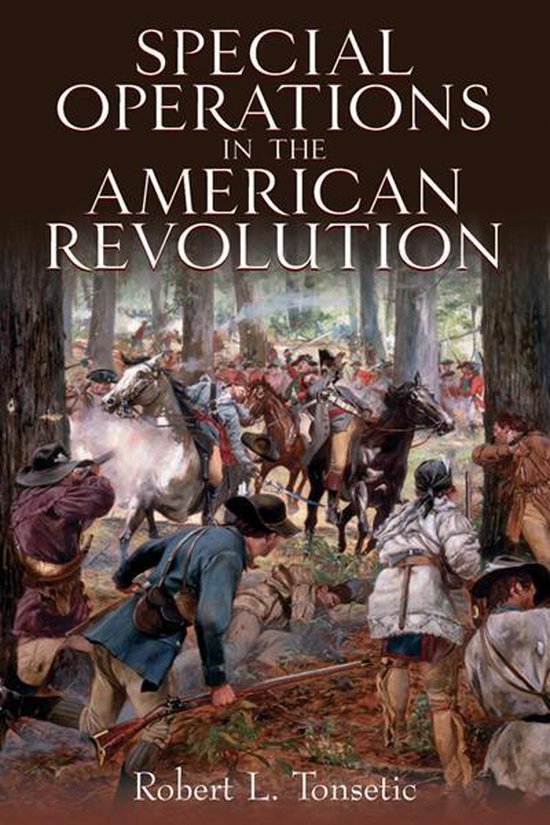 When the American Revolution began, the colonial troops had little hope of matching His Majesty’s British and German legions. Indeed, Washington’s army suffered defeat after defeat in the first few years. But the Americans had a trump card: a reservoir of tough, self-reliant frontier fighters willing to contest the King’s men with unconventional tactics. While the British could seize the coastlines, the interior belonged to these brave men.

In this book, author and former US Army colonel Robert Tonsetic analyzes a number of special operations conducted during the Revolutionary War. While Gen. Washington endeavored to confront the Empire on conventional terms, he relied on small units to keep the enemy off balance. The fledgling Continental Navy and Marines, no match for the British navy in sea battles, focused on disrupting British commercial shipping in the Atlantic and Caribbean. When the British and their Native American allies began to wage war on American settlements west of the Appalachians, Washington relied on militias to conduct raids and long-range strikes.

Throughout the war, what we today call SpecOps were an integral part of American strategy, and many of the lessons learned and tactics used at the time are still studied by modern-day Special Operations forces. As this book establishes, the improvisation inherent in the American spirit proved itself well during the Revolution, continuing to stand as an example for our future martial endeavors.