The Hovey Murals at Dartmouth College 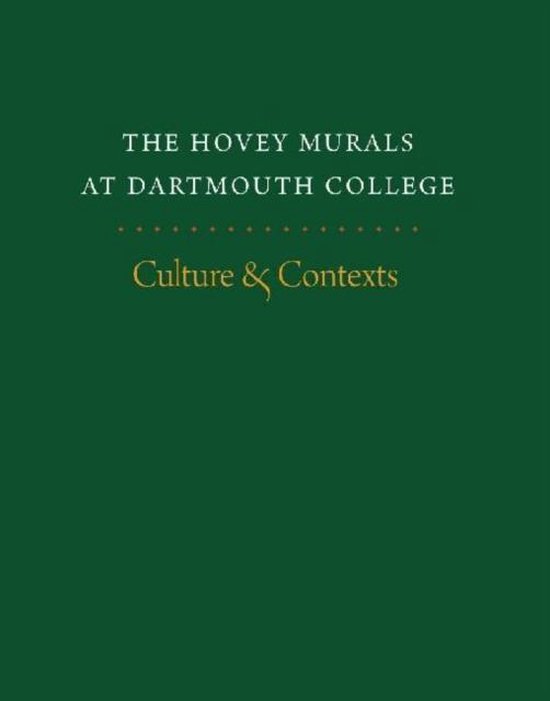 Dartmouth College is in the unique position of having a magnificent large fresco by the Mexican muralist José Clemente Orozco (1883–1949) adorning the campus library. Completed by the artist in 1934 and titled The Epic of American Civilization, this work was promptly condemned by many alumni as being too critical of the college and academia. In response to Orozco's work, the illustrator and Dartmouth alumnus Walter Beach Humphrey (1892–1966) persuaded President Ernest Martin Hopkins to allow him to create another mural that would be more "Dartmouth" in character.

Humphrey painted his mural four years after the completion of Orozco's frescoes on the walls of a faculty dining hall or "grill" at the college. Based on a drinking song by Richard Hovey, Dartmouth Class of 1885, it depicts a mythical founding of the college by Eleazar Wheelock. In the first panel, Wheelock, pulling along a five-hundred-gallon barrel of rum, is happily greeted by young American Indian men, whom he introduces to drunken revelry. The encounter, which takes place as the mural circles the grill room, also features many half-naked Indian women, one of whom reads Eleazer's copy of Gradus ad Parnassum upside down. Fast-forward to the early 1970s and the introduction of the Native American Program and co-education at Dartmouth College: the "Hovey Murals," as the work was known, became so controversial that they were covered over, and the room itself closed.
This book aims to provide not only the history (and art history) of this mural but also its wider cultural and historical contexts. The existence of both Orozco's fresco and Humphrey's mural on a college campus provides a unique juxtaposition of certain extremes of 1930s mural art. As such, their creation represents an important and fascinating historical moment while bringing into sharper focus some of the issues surrounding the politics of art and images. This book is intended as a textbook for those studying these murals and also as a guide to understanding how they fit into a troubling and difficult history of envisioning Native Americans by non-natives in American literature and popular art.

Ebook Edition Note: Two illustrations have been redacted on pages 111 and 112.