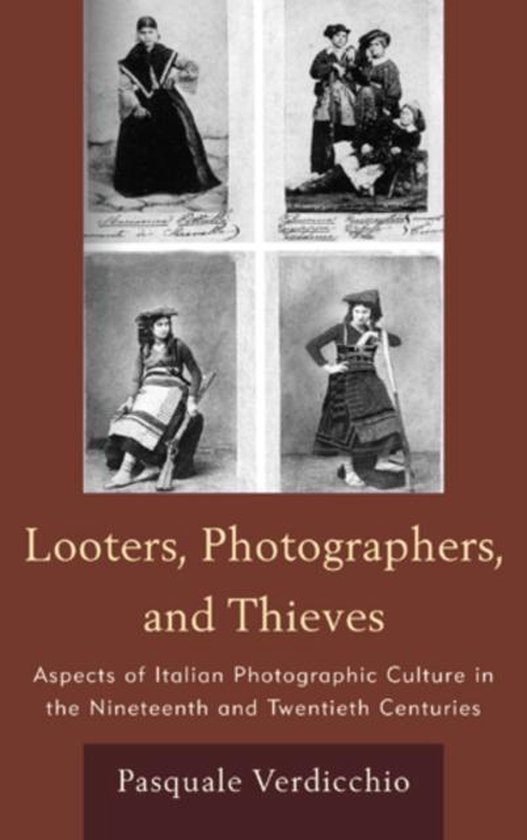 Working toward an analysis of the influence of photography on the construction of an Italian type to serve the mandates of the new nation in the 1860s, this book engages the work of writers and photographers who have addressed or participated in this venture. From Giovanni Verga and Italo Calvino's writings to the conceptual visual philosophy of Tommaso Campanella and Luigi Ghirri's photography. From the Arcadic gaze of Baron von Gloeden to Tina Modotti's revolutionary vision, the works analyzed in this book have all contributed in shaping our contemporary visual vocabulary. And, while Italy is at the center of my considerations, the ideas that populate this work are in many ways globally applicable and relevant. Looters, Photographers, and Thieves seeks to contribute to the fascinating discourse on the photographic image and its specific uses in the representation of racial, ethnic and gender difference, and suggest how the isolation of images according to the dictates of power relations might influence and condition ways of seeing. Finally, this book is meant as a locus where the images produced in the shaping of notions of citizenship and cultural relevance in nineteenth and twentieth century Italy might reveal the processes of the imaginary. As such, the arguments and images in each chapter thread through each other to propose ways by which to approach disparate subjects and forms in order to envision photographers themselves as seers rather than gazers.