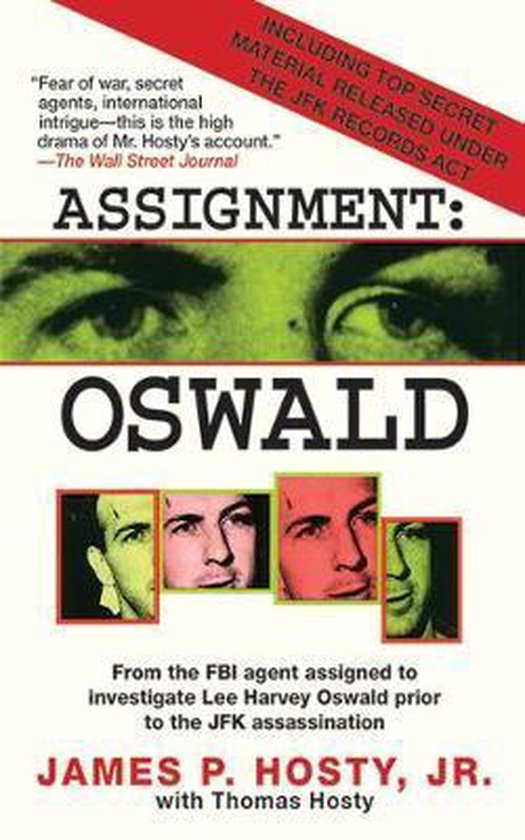 Special Agent James Hosty began investigating Lee Harvey Oswald in October 1963, a full month before the JFK assassination. From November 22 on, Hosty watched as everyone from the Dallas Police, the FBI, the CIA, Naval Intelligence, and the State Department up through the Warren Commission to J. Edgar Hoover, Robert Kennedy, and Lyndon Johnson reacted to and manipulated the facts of the president's assassination-until Hosty himself became their scapegoat. After seeing his name appear in three inconclusive federal investigations and countless fact-twisting conspiracy theories (including Oliver Stone's motion picture), Hosty decided to tell his own story. Assignment: Oswald is the authoritative insider's account of one of our country's most traumatic events. Combining his own unique, intimate knowledge of the case with previously unavailable government documents-including top secret CIA files recently released from the National Archives-Hosty tells the true story behind the assassination and the government's response to it, including the suppression of a documented Oswald-Soviet-Castro connection. Hosty offers an exclusive insider's knowledge of the mechanisms, the power structures, and the rivalries in and among the various intelligence and law enforcement agencies and why they have determined who knows what about the assassination. Here, at last, is an unmistakably expert and responsible account of the murder of President Kennedy.