After Apocalyptic and Wisdom 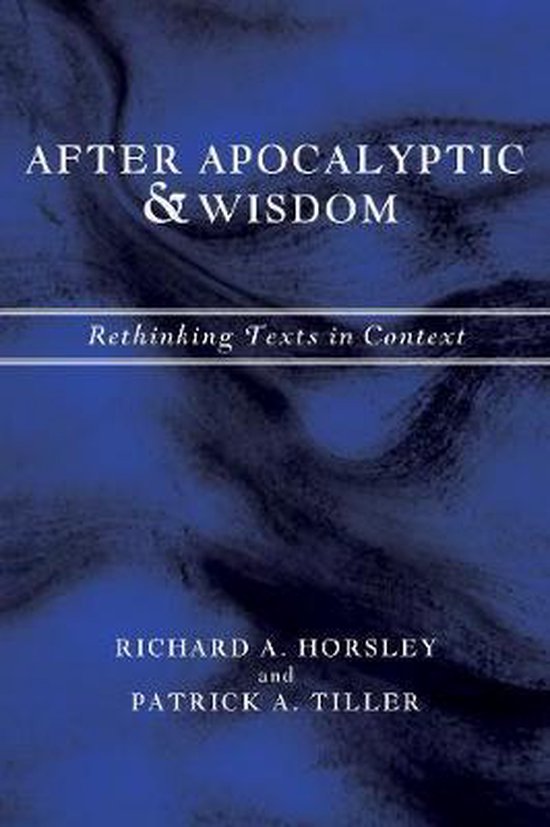 Description: CONTENTS Introduction PART ONE: The Social-Political Context of Apocalyptic and Wisdom Texts 1. Ben Sira and the Sociology of the Second Temple 2. The Politics of Cultural Production 3. The Social Settings of the Components of 1 Enoch PART TWO: Reconsiderations of Texts in Historical Contexts 4. Israel at the Mercy of Demonic Powers: An Enochic Interpretation of Imperialism 5. Social Relations and Social Conflict in the Epistle of Enoch 6. Fourth Ezra: Anti-Apocalyptic Apocalypse 7. Late Twentieth-Century Scribes' Study of Late Second Temple Scribes PART THREE: Questioning the Categories as Applied to the Gospels and James 8. Questions about Wisdom and Apocalypticism 9. Sayings of the Sages or Speeches of the Prophets? Reflections on the Genre of Q 10. Apocalypticism and Wisdom: Missing in Mark 11. Apocalypticism in the Gospels? The Kingdom of God and the Renewal of Israel 12. The Rich and Poor in James: An Apocalyptic Ethic Endorsements: "These essays achieve a much needed demolition of two ill-defined concepts that have dominated the study of early Judaism and the New Testament. Turning from questions of worldview and genre to the historical and social realities confronting the authors of Sirach, 1 Enoch, the Epistle of James, and 4 Ezra, Horsley and Tiller demonstrate how these texts engage with the political realities of their time, especially imperial rule. This is an eloquent demonstration of the value of the social-scientific approach to the exegesis of biblical and parabiblical texts." -- Professor Philip Davies University of Sheffield "The terms wisdom and apocalyptic, the authors argue correctly, have been used in such a vague or simplistic way by many scholars that a series of corrections are necessary. Horsley and Tiller have worked separately and together on these issues for many years. Here they address the problems of genre definition, the social and political context of the texts, and the twentieth-century theological assumptions that lie behind the previous studies. They forge new conclusions about the interpretations of many important texts. The clarity with which they define the issues is admirable, and the debate will be illuminated for all parties. Now both the scholar and the student can in one volume reap the benefits of their results." -- Lawrence M. Wills Episcopal Divinity School About the Contributor(s): Richard Horsley isDistinguished Professor of Liberal Arts and the Study of ReligionEmeritus at the University of Massachusetts Boston and the author of numerous volumes, including Jesus and the Powers, Revolt of the Scribes, and Wisdom and Spiritual Transcendence at Corinth (Cascade Books, 2008). Patrick A. Tiller is a member of the Enoch Seminar and is the author of A Commentary on the Animal Apocalypse of 1 Enoch."