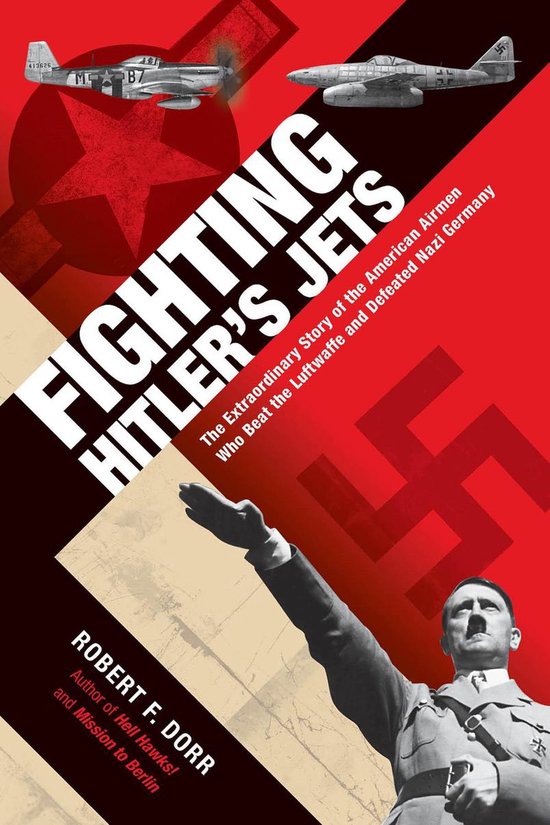 Fighting Hitler's Jets brings together in a single, character-driven narrative two groups of men at war: on one side, American fighter pilots and others who battled the secret “wonder weapons” with which Adolf Hitler hoped to turn the tide; on the other, the German scientists, engineers, and pilots who created and used these machines of war on the cutting edge of technology. Written by Robert F. Dorr, renowned author of Zenith Press titles Hell Hawks!, Mission to Berlin, and Mission to Tokyo, the story begins with a display of high-tech secret weapons arranged for Hitler at a time when Germany still had prospects of winning the war. It concludes with Berlin in rubble and the Allies seeking German technology in order to jumpstart their own jet-powered aviation programs. Along the way, Dorr expertly describes the battles in the sky over the Third Reich that made it possible for the Allies to mount the D-Day invasion and advance toward Berlin. Finally, the book addresses both facts and speculation about German weaponry and leaders, including conspiracy theorists’ view that Hitler escaped in a secret aircraft at the war’s end. Where history and controversy collide with riveting narrative, Fighting Hitler’s Jets furthers a repertoire that comprises some of the United States’ most exceptional military writing.