The Deal from Hell 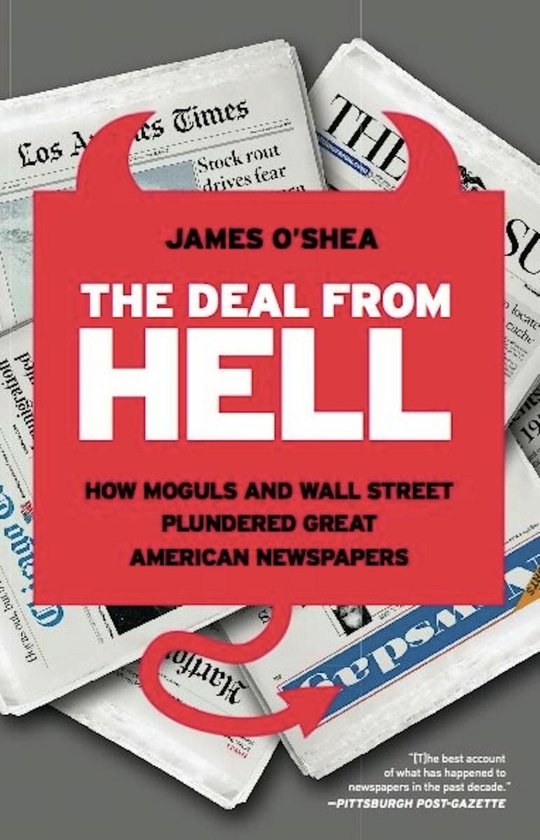 In 2000, after the Tribune Company acquired Times Mirror Corporation, it comprised the most powerful collection of newspapers in the world. How then did Tribune nosedive into bankruptcy and public scandal? In The Deal From Hell, veteran Tribune and Los Angeles Times editor James O'Shea takes us behind the scenes of the decisions that led to disaster in boardrooms and newsrooms from coast to coast, based on access to key players, court testimony, and sworn depositions.

The Deal From Hell is a riveting narrative that chronicles how news industry executives and editors--convinced they were acting in the best interests of their publications--made a series of flawed decisions that endangered journalistic credibility and drove the newspapers, already confronting a perfect storm of political, technological, economic, and social turmoil, to the brink of extinction.