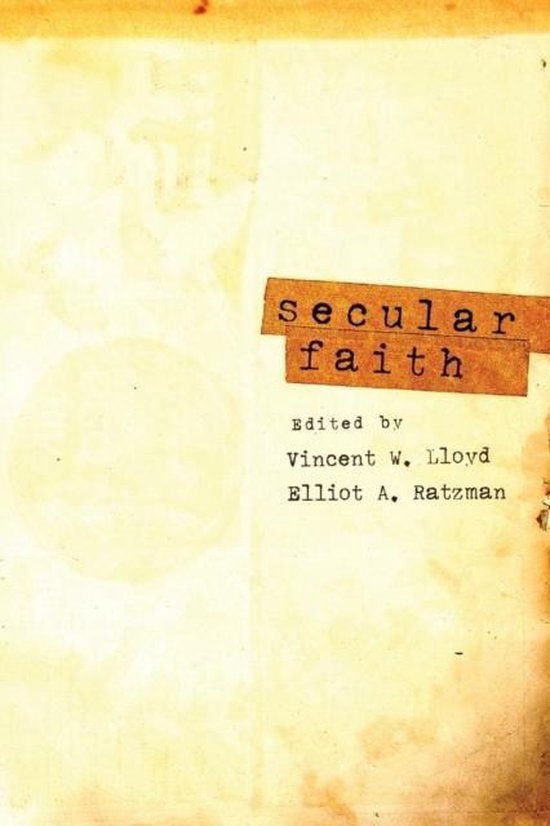 Description: Is faith a necessary virtue in the contemporary world? May it be, or must it be, detached from religious commitment? What do genealogies of the secular tell us about faith? Does religion need secular faith? Secular Faith brings together leading and emerging scholars to reflect on the apparent paradox of ""secular faith."" Ranging over anthropology, religious studies, political science, history, and literature, from Muslims in China to Pentecostals in South Africa to a prison chapel in Texas, this collection of essays is as engaging and accessible as it is penetrating and rigorous. Communism was once labeled ""the god that failed."" Like Christianity, Communism involves faith in a superhuman endeavor, conversion, myth, discipline, and salvation--and, from the perspective of secular liberalism, both are unjustified and false. In recent years, scholars have begun to investigate whether secularism is itself based on faith in a god that failed, or is failing. Nevertheless, many still embrace such a faith, finding in the spirit of democracy an ethos of eternal renewal. Secular Faith enters and broadens this conversation, interrogating secular faith in a global context, tapping new theoretical resources, and grappling provocatively with the tragedies and opportunities of today's profane pantheon of beliefs. Endorsements: ""Secular Faith is a quietly provocative work of intellectual intervention, calling upon scholars of religion, anthropology, literature, and history to engage with the secular not as a diagnosis, but as a set of critical engagements. The editors have assembled a cohort of essays guided by serious theoretical questions and written with disarming poignancy."" --Kathryn Lofton, Yale University ""Secular Faith is an important book. The essays demonstrate, quite clearly, the complexities and nuances of faith talk--secular or otherwise. Lloyd and Ratzman should be commended. They have not only deepened our current conversation about secularism and faith; they have pushed us into new territory. A rare accomplishment indeed."" --Eddie S. Glaude Jr., Princeton University ""Brimming with historical insight and learned provocation, these original essays represent what criticism might look like after questioning the assumptions of the secularization thesis and its anxious critics. Secular Faith is a wide-ranging and engaging collection that disrupts familiar distinctions and guild divisions without succumbing to abstraction or triumphalism. Scholars of literature, anthropology, political theory, history, theology, and religious studies should take notice."" --Eric Gregory, Princeton University About the Contributor(s): Vincent Lloyd is Assistant Professor of Religious Studies at Georgia State University. He is the author if Law and Transcendence (2009). Elliot A. Ratzman is Visiting Assistant Professor of Religion at Temple University.