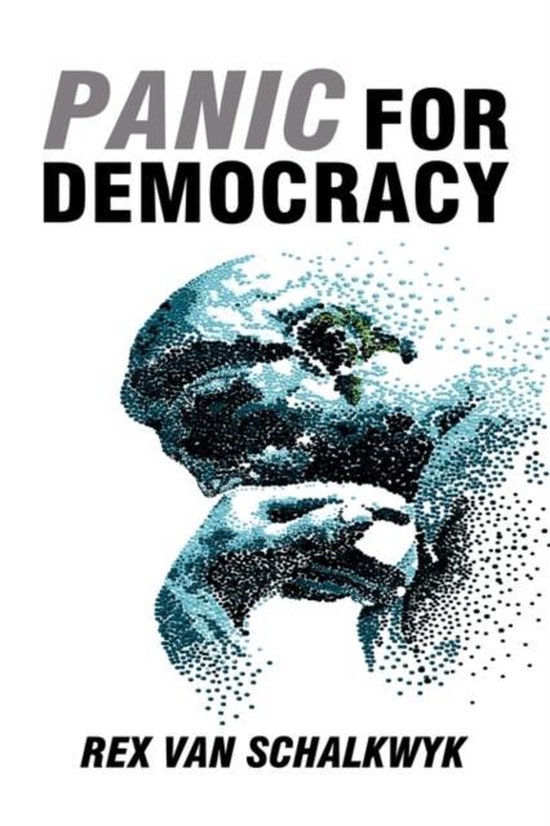 After the largest bailout in United States history, Rex van Schalkwyk reveals how the duplicitous, arrogant and deluded have redefined the purpose of democracy for their financial and personal gain. With a deceitful political agenda and a compliant media an alliance of money and politics threatens the collapse of democracy and a crushing debt that can never be repaid. Panic for Democracy examines how the financial downfall of the proprietary giants on Wall Street has its origin in the deception routinely practiced by professional politicians. In fifteen meticulously researched and skillfully written chapters van Schalkwyk analyzes the vulnerabilities of society, which lead inevitably to the equivalent vulnerability in the democratic process. Is society not, by its nature, susceptible to political humbug? When, as now, the victims of an institutionalized deception are rendered helpless in the face of an uncomprehended crisis, it is revealed that the supposed remedy is the perpetuation of the same deception that has caused all the trouble. Does the democratic process have the capacity to overcome the unmanageable chaos that the nation's politicians and leaders have created? Has the material society duped its participants into a set of false and insupportable values that are only now being exposed, and that will likely cause greater loss than can be imagined? Panic for Democracy takes an uncompromising look at the destructive role of activist pressure groups and the potential tyranny of their ideologies, and of the resultant establishment, by democratic means, of undemocratic and illiberal institutions of authority. Rex van Schalkwyk has written numerous articles and published two books. He is an advocate and former judge of the Supreme Court of South Africa and is active in commercial enterprises. A student of international finance, he lives in Johannesburg, South Africa.