Blinded by the Devil 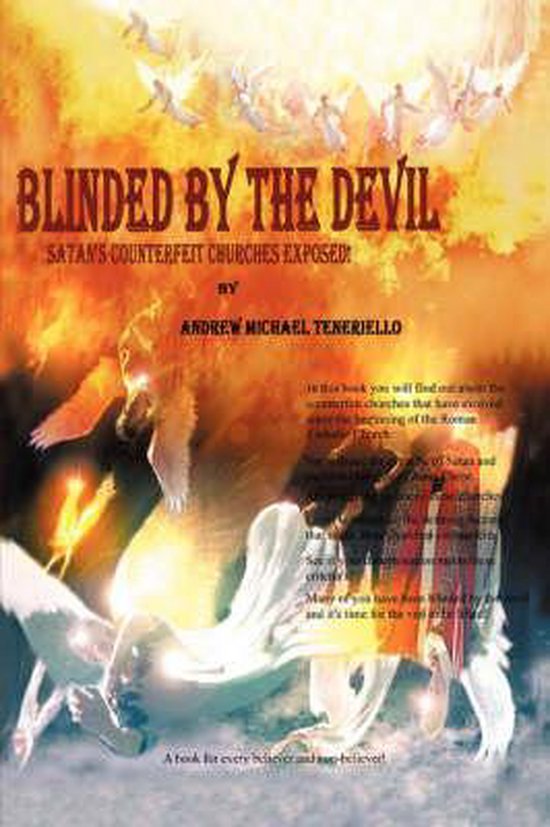 Have you been blinded by the Devil? Learn about Satan's counterfeit churches and cults that have evolved since the beginning of the Christian movement. Find out if you have been going to one of these churches. In this book you will discover: .How talk show host Oprah Winfrey is leading many into an Anti-Christ movement. .The history of the Roman Catholic Church and its roots in corruption. .The Protestant outgrowths of the Catholic Church and their doctrines of demons .The hidden prayer you learned in the church that is mocking the very God you seek. .Does "once saved" really mean "always saved?" The big lie many are deceiving you with. .What the Bible really says about the will of God in your life. .How to understand the Bible in very clear text and form. .Why many who call themselves Christians will never make it into heaven. In December of 2007 Servant Andrew Michael Teneriello had a supernatural encounter with God during which he was told to expose the counterfeit churches that have evolved since the deaths of the original apostles of the New Testament Bible. In this book you will learn about not only the history of Christianity but you will also see first-hand how Satan is ruling over many so-called Christian churches with his doctrines of demons. Andrew Michael Teneriello is an ordained minister of the gospel of Jesus Christ and resides in the State of New Hampshire where he is in the process of building a brand new non-denominational church. He has spoken prophetically in churches across the United States and is truly a gifted man of God.