Through the Lens of Allen E. Cole 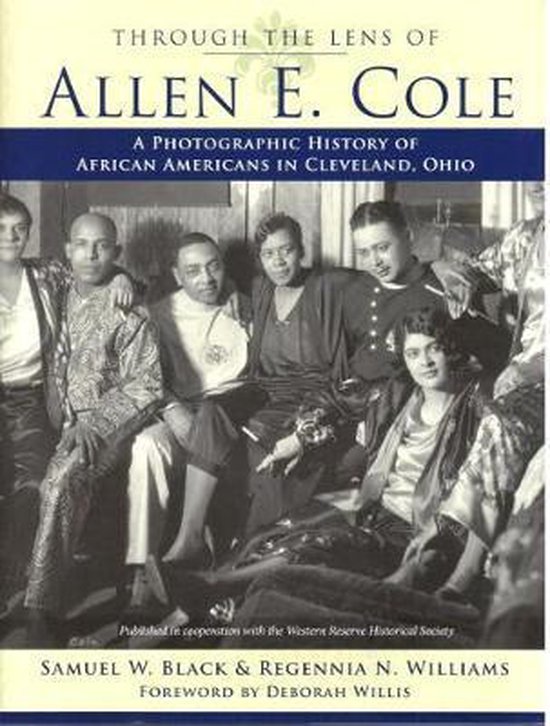 Foreword by: Deborah Willis Published in cooperation with The Western Reserve Historical Society During the Great Depression, photographer Allen Eugene Cole posted a sign in front of his studio in Cleveland's Central neighbourhood: SOMEBODY, SOMEWHERE, WANTS YOUR PHOTOGRAPH. An entrepreneurial businessman with a keen ability to market his images of Cleveland's black experience, Cole was deeply immersed in civic life. A founder and treasurer of the Progressive Business League, Cole was an officer of the Dunbar Life Insurance Co., a member of St. James African Methodist Episcopal Church, and active in the Elks and Masons. For years he was the only black member of the Cleveland Society of Professional Photographers. Well into the 1960s his photographs appeared regularly in the Call & Post, Cleveland's African American weekly newspaper. A migrant to Cleveland in 1917, Allen Cole developed an interest in photography while employed as a waiter at the Cleveland Athletic Club. By 1922 he had opened his first studio at home, enlarging it over the years. It was in this studio that he photographed Perry B. Jackson, Ohio's first African American judge. The images of Jackson and the hundreds of other African Americans included in this volume were chosen from the thousands of photographs in the Allen Cole Collection at the Western Reserve Historical Society. They illustrate the diverse experiences among Cleveland's vibrant African American community. Social organisations, women's and men's clubs, civic and church groups, schoolchildren and teachers, businessmen, and politicians are all included in this charming and unique collection. In the accompanying text authors Samuel Black and Regennia Williams place Cole and his comprehensive visual catalogue in the context of African American history and the Great Migration. Through the Lens of Allen E. Cole mines Cole s exceptional midtwentieth- century photographic chronicle of African American life and will be an invaluable resource for anyone interested in American history, as well as specialists in African studies, history, sociology, urban affairs, and the photographic arts.