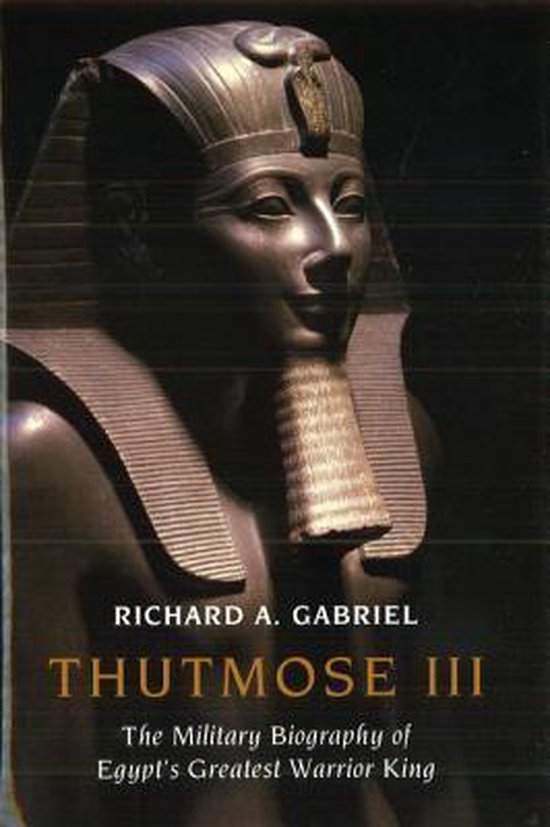 In the course of his thirty-two-year reign over ancient Egypt, Thutmose III fought an impressive seventeen campaigns. He fought more battles over a longer period of time and experienced more victories than Alexander the Great and Julius Caesar did. Despite Thutmose III's surprisingly illustrious record, his name does not command the same immediate recognition as these highly visible military leaders. In Thutmose III, Richard Gabriel deftly brings to life the character and ability of ancient Egypt's warrior king and sheds light on Thutmose's key contributions to Egyptian history. Considered the father of the Egyptian navy, Thutmose created the first combat navy in the ancient world and built an enormous shipyard near Memphis to construct troop, horse, and supply transports to support his campaigns in Syria and Iraq. He also reformed the army, establishing a reliable conscript base, creating a professional officer corps, equipping it with modern weapons, and integrating chariotry's combat arm into new tactical doctrines. Politically, he introduced strategic principles of national security that guided Egyptian diplomatic, commercial, and military policies for half a millennium and created the Egyptian empire. Through these crowning achievements, Thutmose set into motion events that shaped and influenced the Levant and Egypt for the next four hundred years. His reign can be regarded as a watershed in the military and imperial history of the entire eastern Mediterranean.