The Politically Incorrect Guide to Capitalism 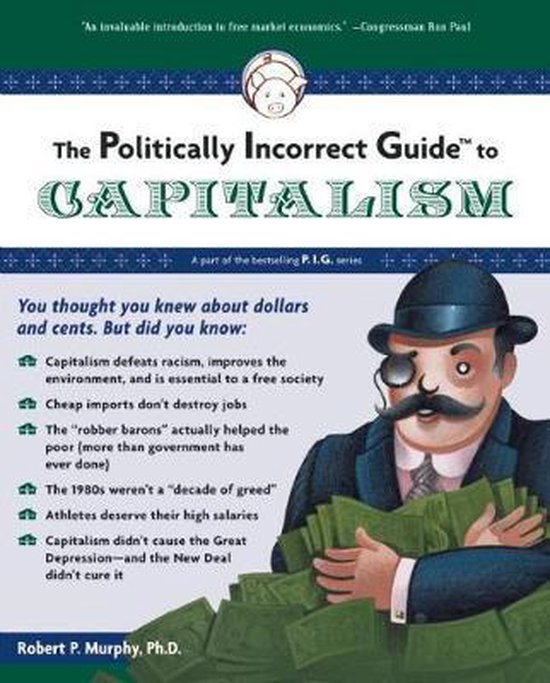 Most commonly accepted economic ""facts"" are wrong Here's the unvarnished, politically incorrect truth. The liberal media and propagandists masquerading as educators have filled the world--and deformed public policy--with politically correct errors about capitalism and economics in general. In The Politically Incorrect Guide(tm) to Capitalism, myth-busting professor Robert P. Murphy, a scholar and frequent speaker at the Ludwig von Mises Institute, cuts through all their nonsense, shattering liberal myths and fashionable socialist cliches to set the record straight. Murphy starts with a basic explanation of what capitalism really is, and then dives fearlessly into hot topics like:
* Outsourcing (why it's good for Americans) and zoning restrictions (why they're not)

* Why central planning has never worked and never will

* How labor unions actually hurt workers more than they help them

* Why increasing the minimum wage is always a bad idea

* Why the free market is the best guard against racism

* Raising taxes: why it is never ""responsible""

* The IMF and World Bank: why they don't help poor countries

* Plus: Are you a capitalist pig? Take the quiz and find out! Breezy, witty, but always clear, precise, and elegantly reasoned, The Politically Incorrect Guide(tm) to Capitalism is a solid and entertaining guide to free market economics. With his twelve-step plan for understanding the free market, Murphy shows why conservatives should resist attempts to socialize America and fight spiritedly for the free market.