The Circulation of the Blood 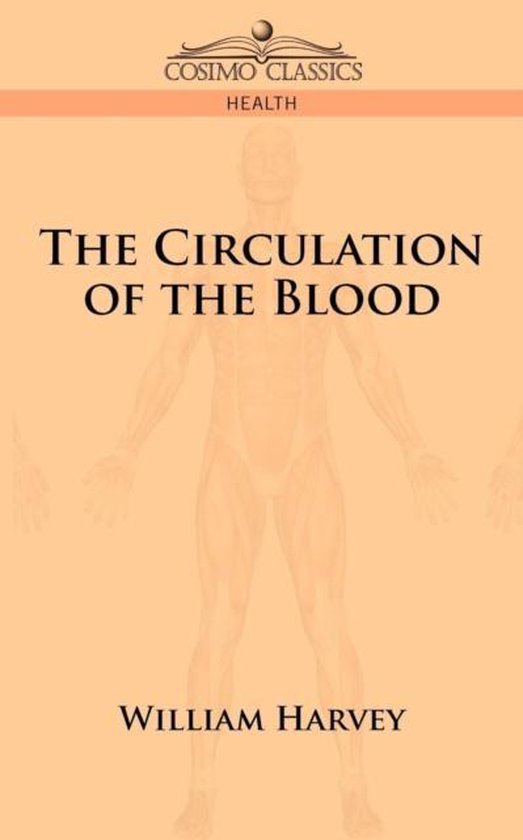 If the pulsations of the arteries fan and refrigerate the several parts of the body as the lungs do the heart, how comes it, as is commonly said, that the arteries carry the vital blood into the different parts, abundantly charged with vital spirits, which cherish the heat of these parts, sustain them when asleep, and recruit them when exhausted? and how should it happen that, if you tie the arteries, immediately the parts not only become torpid, and frigid, and look pale, but at length cease even to be nourished? -from the Introduction This seminal work of medical literature, first published in 1628, spells out in clear, lucid language how the human heart pumps blood around the body via its own exclusive circulatory route. What seems like an obvious concept to us today was in fact quite revolutionary at the time: Harvey's defiance of the medical "common knowledge" of his time laid the groundwork for all modern investigations of the circulatory system, and may be the most momentous discovery of 17th-century medicine. This important volume also includes a series of letters from Harvey to his medical colleagues in which he defends his then-astonishing theories, plus Harvey's "The Anatomy of Thomas Parr," a fascinating 1635 report on the dissection of the corpse of "a poor farmer of extremely advanced age." OF INTEREST TO: readers of scientific history, medical students British naturalist, anatomist, and doctor WILLIAM HARVEY (1578-1657) was educated at Cambridge, Canterbury, and Padua, and became a Fellow of the Royal College of Physicians in 1607. He served as court physician to both King James I and King Charles I.