The Bar Mitzvah and Beast 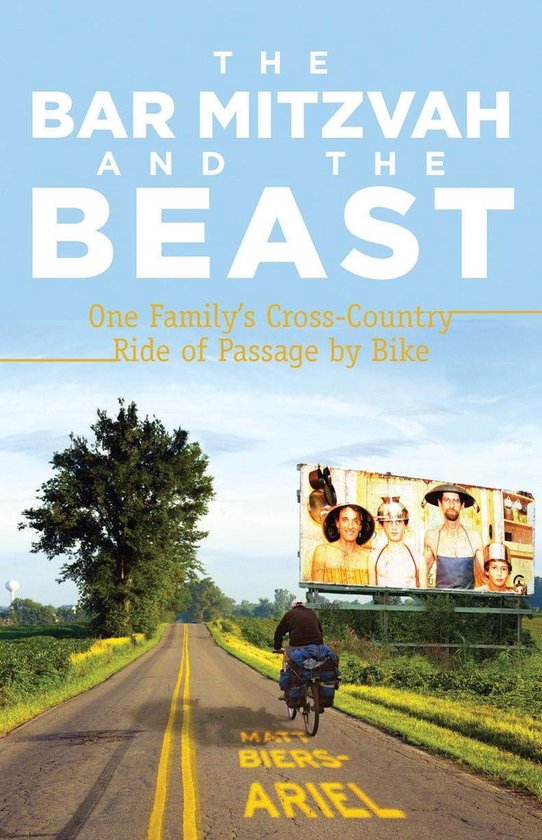 * A light-hearted and hilarious memoir of an ordinary family"s extraordinary journey
* Promotes cycling, conservation, and getting kids outside

Amateur bike rider, father of three, and everyday public school teacher Matt Biers-Ariel never dreamed of riding a bike across the United States. But then his hard-to-impress teenage son, Yonah, refused to have a Bar Mitzvah as he approached age thirteen. No dancing with grandma or chanting traditional prayers? Something had to be done to celebrate this rite of passage.

So Matt, his wife Djina, Yonah, and little brother Solomon decided to saddle up for a physical ride of passage -- one that would take them 3,804 miles by bicycle from the waters of the Pacific Ocean, across the Rockies, through Midwest small towns, and all the way to Washington D.C. Armed with ibuprofen, several gallons of Gatorade, and one unpredictable tandem bike (the "Beast"), the Biers-Ariel family pedaled across the middle of America, chatting with locals along the way, roasting marshmallows at campgrounds, and quarrelling over the state of climate change, religious identity, and several flat tires. They also collected thousands of signatures on a self-made global-warming petition calling for the United States to undergo its own rite of passage -- one of energy conservation.

The Bar Mitzvah and The Beast is a funny, thoughtful memoir of one ordinary American family"s extraordinary journey by bicycle, and an enlightening, warm exploration of the bond between a spiritual, nature-loving father and his ambivalent, computer game-loving son.