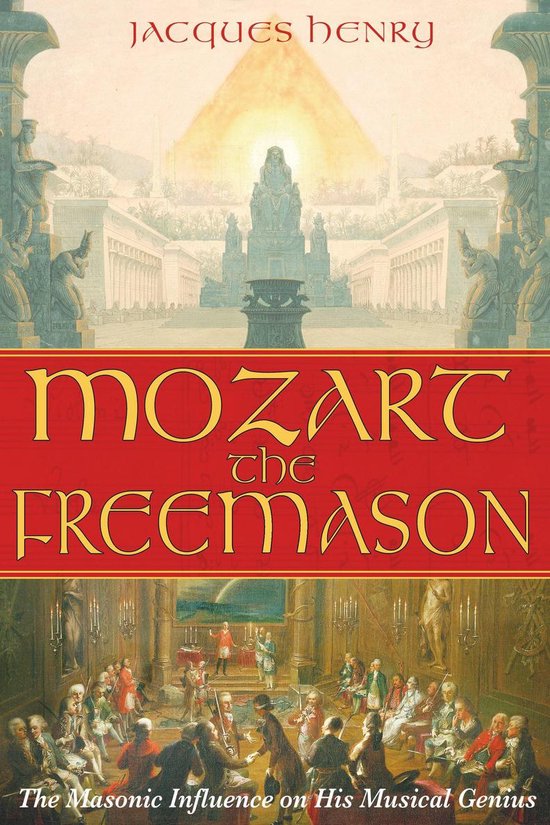 Thanks to recently discovered documents, we now have a fuller picture of the esoteric influences on the life and work of Wolfgang Amadeus Mozart. Musicologist Jacques Henry shows that the Masonic influence on Mozart goes beyond those pieces, such as The Magic Flute, that fulfilled a ritual purpose for the composer. His works actually provide a complete musical lexicon of Masonic symbols inspired by the principles of the craft and the spirit of the Masonic quest. Mozart constructed his Masonic compositions by creating auditory correspondences to the symbols present in the rituals, choosing keys and tempos that transpose their content into harmony. His understanding of the use of symbol allowed him to create music that would lead the listener into a harmony that transcended earthly existence.

A number of musicologists believe that the place of the Masonic spiritual vision in Mozart’s work is comparable to that held by Lutheran Christianity in the work of Johann Sebastian Bach. Mozart wed his deep understanding of music to the esoteric wisdom he gained as a Freemason. He shows that when we lose ourselves in the expression of pure harmony, it is the same as the symbol being lost in what it symbolizes. Jacques Henry provides a rigorous and original analysis of Mozart’s works that reveals their inner meaning as shaped by the composer’s profound embrace of the spiritual principles of Freemasonry.