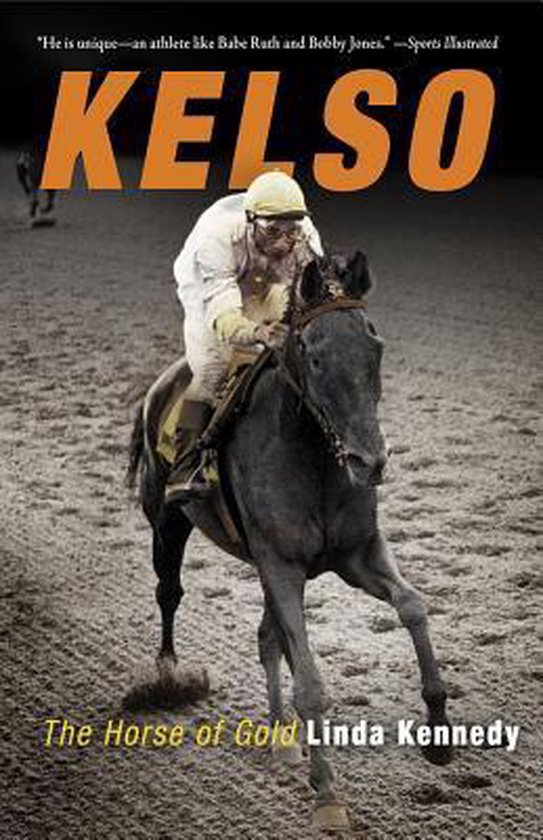 At his three-year debut in June 1960, no one could know that Mrs. Allaire DuPont's small, deerlike gelding named Kelso would come to dominate American racing like no other horse before or since. For five unprecedented years, he would reign as Horse of the Year, setting records and endearing himself to millions of fans. Always considered among the top four horses of all time-with Man O' War, Secretariat, and Citation-for many, Kelso is the greatest racehorse, since he won at sprints and endurance races, won on turf and dirt, carried unprecedented handicap weights, and raced both foreign and national thoroughbreds. Kelso was crowned champion of the Jockey Gold Cup, one of the most prestigious racing events, an astounding five straight times. Like Seabiscuit, Kelso was not earmarked as a contender and missed the Triple Crown races. But Kelso's greatness was decisive: he regularly defeated Triple Crown race winners. In Kelso: The Horse of Gold, Linda Kennedy tells the remarkable story of one of the greatest athletes of the ages, recreating the excitement of Kelly's unique and brilliant career while placing his unparalleled achievements in the context of racing history.