Stop Yellin' - Ben Pivar and the Horror, Mystery, and Action-Adventure Films of His Universal B Unit 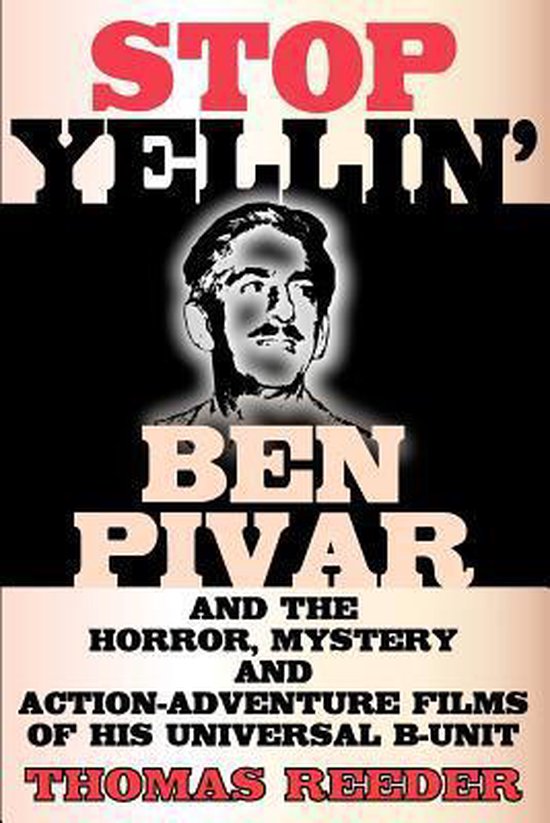 Never heard of him? Not surprising, as Ben Pivar was one of the faceless craftsmen who inhabited the sizable world of Hollywood's cinematic underbelly, the B film. But while often disparaged and mocked for their low-budget look, breakneck storytelling, and low wattage casts, B films occupied the second half of most theaters' bill during the thirties and forties-something most patrons expected to fill out their evening's entertainment. And Ben Pivar was responsible for a staggering number of them. Stop Yellin' chronicles Pivar's life, both the highs and lows, concentrating on his most productive years while at Universal Studios. From his late-1920s start as a film cutter at Universal, Pivar advanced into film production in the 1930s at Columbia, Grand National, and Republic, before settling in at Universal as associate producer in 1938. For the next eight years, Pivar would master his craft and churn out a lot of slick, thoroughly enjoyable films; his eventual promotion to one of the studio's coveted executive producer positions placed him at the top of the B unit hierarchy. It's his horror films that have stood the test of time, the films that Pivar is remembered for today: The Mummy's Hand and its three sequels; the Inner Sanctum series featuring Lon Chaney, Jr.; The Mad Ghoul; Horror Island; and She-Wolf of London. There were Pivar's own personal creations as well: Captive Wild Woman and its two sequels; and the Rondo Hatton "Creeper" series, House of Horrors (the source of the oft-quoted "Stop Yellin'" line) and The Brute Man.