This Day in Game Show History- 365 Commemorations and Celebrations, Vol. 3 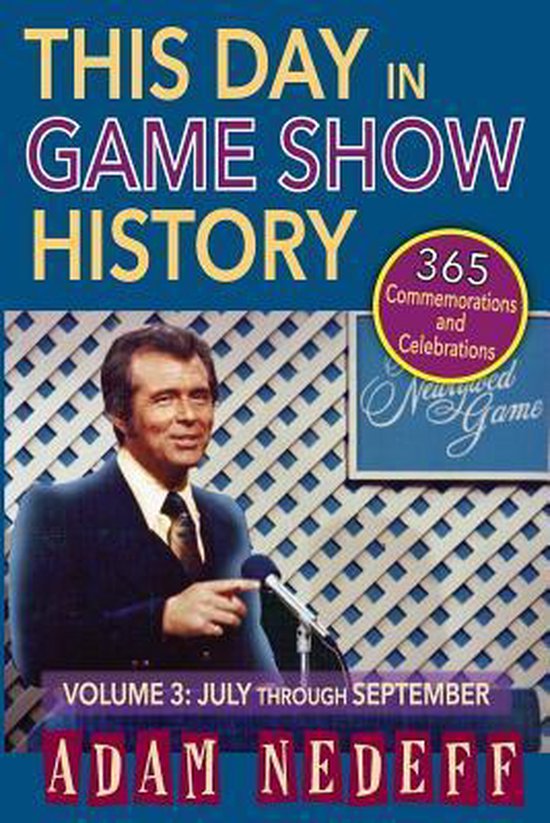 Game shows have more stories to tell than they have washers and dryers to give away. This Day in Game Show History is a remarkable four-volume set chronicling the best stories-on camera and off-and the most noteworthy milestones for every day in the year. In this volume, you'll find out which game show had a set so elaborate that it used four miles of electric wires...the game show host who was so nervous on his first day that he went thirty minutes without blinking...the game show Lucille Ball loved so much that she always kept a copy of the home game in her dressing room...the true identity of "The Walking Man" on Truth or Consequences...which Seinfeld cast member was implicated in the 1950s quiz show scandals...and lots, lots more ADAM NEDEFF has experienced TV game shows from both sides of the camera. As a contestant, he has played Trivial Pursuit: America Plays, Catch-21, and Who's Still Standing? As an employee, he has worked for The Price is Right and Wheel of Fortune. He is a freelance writer and former disc jockey originally from Vienna, West Virginia, and now residing in Glendale, California.