Mission Earth Volume 3: The Enemy Within 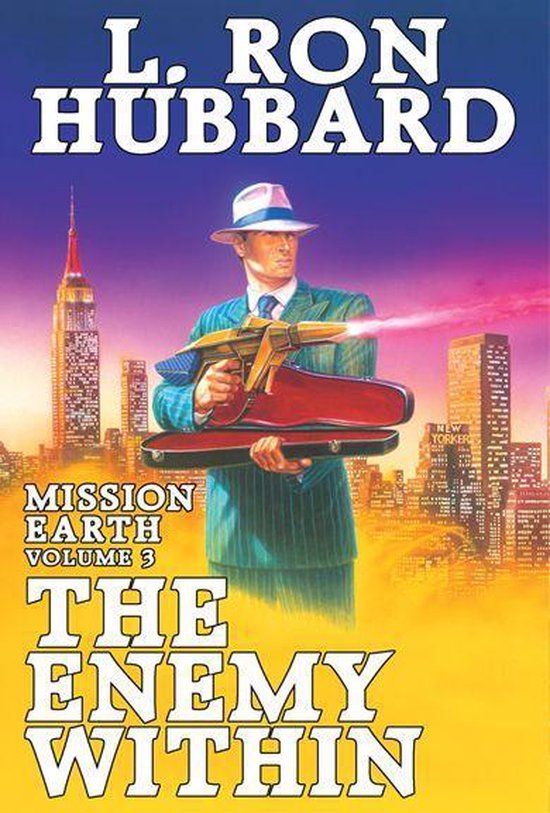 Earthlings: Beware! Do you know who your enemies are? Your neighbor? Your boss? Your butcher? Your wife?

Only the Voltarians know for sure. They've successfully infiltrated our little world—and it may never be the same. They walk among us. They work among us. And they're making themselves right at home, prepping the planet for a power play unlike any you've ever seen before.

In this web of espionage, intrigue and betrayal, even Voltarian Royal Combat Engineer Jettero Heller doesn't know who he can trust. He's hard at work creating a gasoline substitute to fuel his '68 Caddy in a Long Island automobile race—a development that could have dramatic consequences for the entire human race. As such, he poses a grave threat to the powers that be.

Now, his treacherous fellow Voltarian, Soltan Gris, has formed a secret alliance with a cabal that includes a dirty DC politician, a ruthless billionaire industrialist and a mysterious media madman. Their mission: terminate Jettero Heller.

Beset by double-crossing body doubles and backstabbing identity shifters, Heller discovers that the most dangerous battle of all is about to begin ... against The Enemy Within.

"A must buy." —American Library Association

This book is intended for mature audiences.