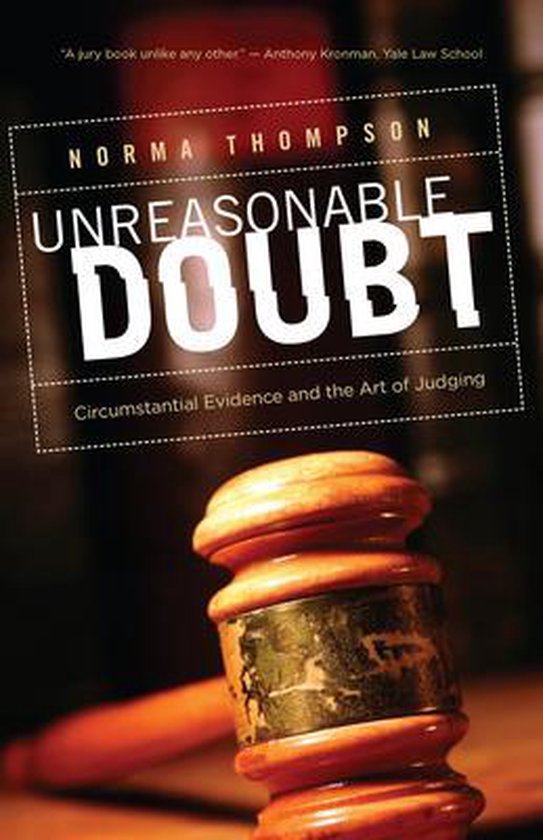 "[Norma Thompson] teaches us, brilliantly and painlessly, why judging, as opposed to simply knowing, is an essential part of a responsible human existence, recounting the trials and crimes and moral dilemmas of antiquity and classical tradition in a stunningly original reading."—Abraham D. Sofaer, senior fellow at the Hoover Institution and former United States district judge

In 2001, Norma Thompson served on the jury in a murder trial in New Haven, Connecticut. In Unreasonable Doubt, Thompson dramatically depicts the jury's deliberations, which ended in a deadlock. As foreperson, she pondered the behavior of some of her fellow jurors that led to the trial's termination in a hung jury. Blending personal memoir, social analysis, and literary criticism, she addresses the evasion of judgment she witnessed during deliberations and relates that evasion to contemporary political, social, and legal affairs. She then assembles an imaginary jury of Alexis de Tocqueville, Plato, and Jane Austen, among others, to show how the writings of these authors can help model responsible habits of deliberation.

Norma Thompson is senior lecturer in humanities and associate director of the Whitney Humanities Center at Yale University. She is the author most recently of The Ship of State: Statecraft and Politics from Ancient Greece to Democratic America.