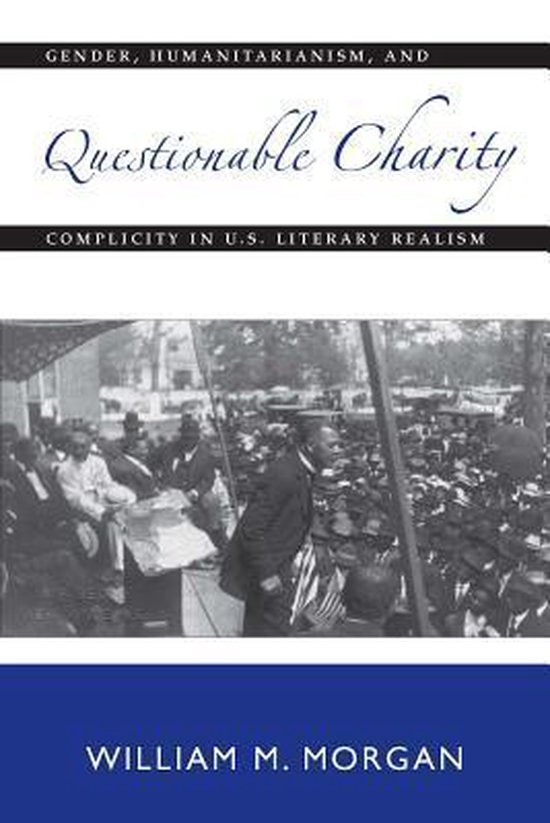 In the decades following the Civil War, rapid modernization eroded and displaced the social structures that had buttressed the antebellum sense of what it meant to live as a virtuous citizen in the United States. Yet, memories of antebellum republicanism, idealism, and sentimentalism lingered, and many late-nineteenth-century intellectuals reformulated this cultural baggage, struggling to imagine new forms of democratic ethics that responded to the divisive society.

In Questionable Charity, Morgan depicts the contributions of literary realists to these efforts. Morgan situates his reading of works by William Dean Howells, Stephen Crane, Booker T. Washington, and Edith Wharton in the context of widespread labor strife, turn-of-the-century racism and imperialism, the rise of modern media culture, and the political neutrality of the United States during the early years of World War I.

Contesting previous scholarship that pigeon-holed literary realism as either ''sissy'' or hyper-masculine, Morgan takes a nuanced approach to a body of work deeply engaged in examining the late-Victorian conscience. In Morgan's study the genre of literary realism becomes a distinctively modern ''path of inquiry'' about a recurrent set of social, political, and moral dilemmas.