Race, Colour and the Processes of Racialization 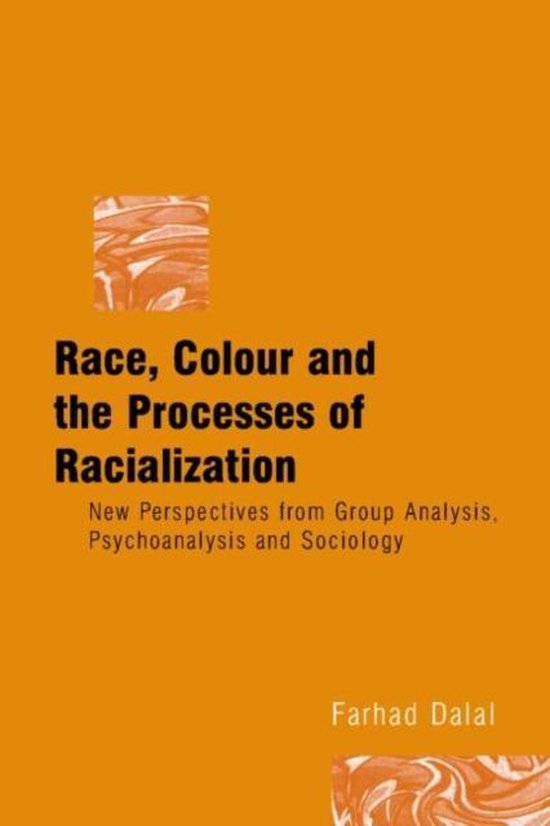 Is racial conflict determined by biology or society? So many conflicts appear to be caused by racial and ethnic differences; for example, the cities of Britain and America are regularly affected by race riots. It is argued by socio-biologists and some schools of psychoanalysis that our instincts are programmed to hate those different to us by evolutionary and developmental mechanisms. This book argues against this line, proposing an alternative drawing on insights from diverse disciplines including anthropology, social psychology and linguistics, to give power-relations a critical explanatory role in the generation of hatreds. Farhad Dalal argues that people differentiate between races in order to make a distinction between the 'haves' and 'must-not-haves', and that this process is cognitive, emotional and political rather than biological. Examining the subject over the past thousand years, Race, Colour and the Processes of Racialisation covers: * psychoanalytic and other theories of racism * a new theorisation of racism based on group analytic theory * a general theory of difference based on the works of Fanon, Elias, Matte-Blanco and Foulkes * application of this theory to race and racism. Farhad Dalal concludes that the structures of society are reflected in the structures of the psyche, and both of these are colour coded. This book will be invaluable to students, academics and practitioners in the areas of psychoanalysis, group analysis, psychotherapy and counselling.