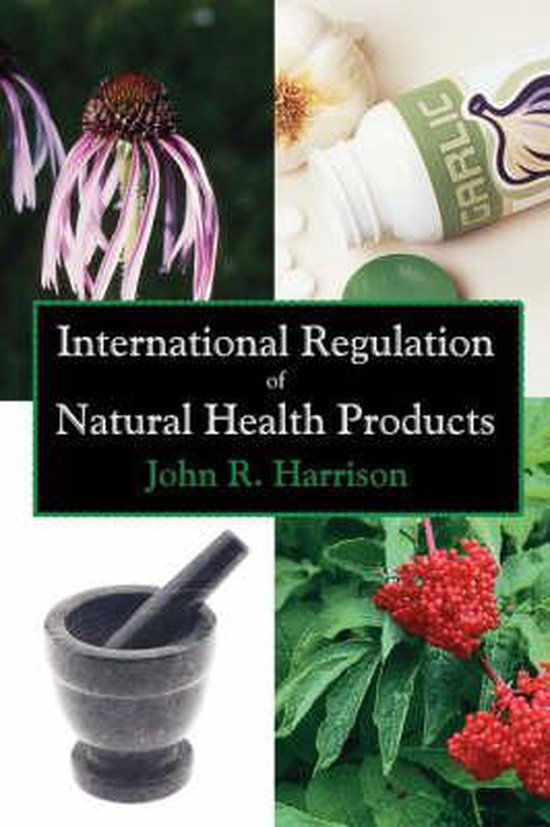 This book reviews natural health product laws and regulations for Canada's primary natural health products (NHP) trading partners, namely, Australia, China, France, Germany, Hong Kong, India, USA, United Kingdom, and the European Union and compare them to Canada's natural health product regulations. The study was also undertaken to identify priority areas where policy research should be focussed and then propose strategies to address these selected policy research areas. The Canadian NHP definition was used to compare similar classes of products for these other countries. Further, the major components of the Canadian regulatory framework for NHPs that were used for research purposes were the following: Product Licensing including Standards of Evidence, Site Licensing, Good Manufacturing Practices and Adverse Reaction Reporting. Tables of regulatory information were prepared for each country, providing sections for certain aspects of the Canadian NHP regulatory framework and including the main governmental regulatory authority for each country. This work reveals a fast-paced change and revision of national and international regulations for NHPs such as herbals, vitamins, minerals and homeopathic medicines. Many changes in the European countries were precipitated by the implementation of European Union Directives. Canada's major trading partner, the United States, classifies some NHPs as dietary substances, while other NHPs are under the U.S. FDA's control as non-prescription medicine and homeopathic medicines which are classified as drugs. In the United States, dietary substances require little regulatory scrutiny yet the regulatory environment in the United States is moving toward a more regulated system. Strategies for prioritizing policy research needs in the area of international regulations of Natural Health Products (NHPs) were developed. The priority areas for policy research fell into two main categories: the safety of the products being manufactured and sold to Canadians and processes to facilitate trade between countries. The overall aim for trade development should be to look for methods and means of further harmonization with trading partners and to develop Mutual Recognition Agreements (MRAs).