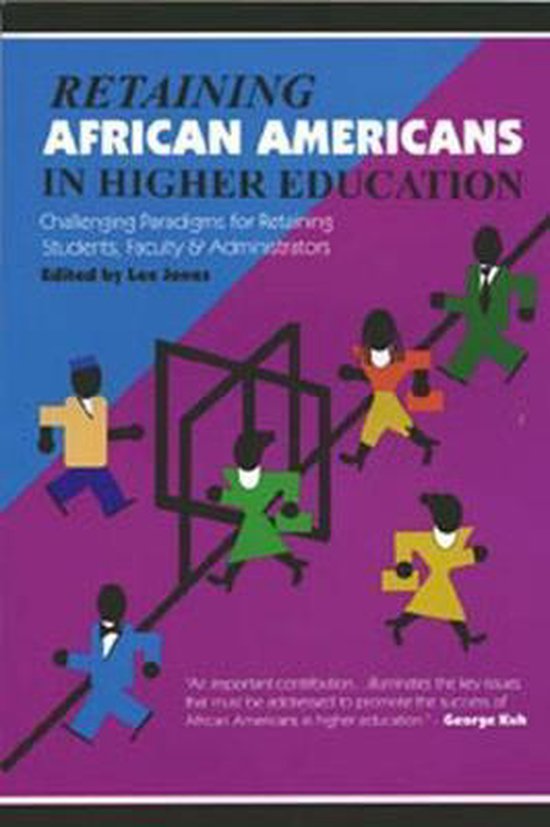 Retention of African Americans on campus is a burning issue for the black community, and a moral and financial one for predominantly white institutions of higher education. This book offers fresh insights and new strategies developed by fifteen scholars concerned by the new climate in which affirmative action is being challenged and eliminated. This is the first book devoted specifically to retention of African Americans in higher education, and is unique in addressing the distinct but inter-related concerns of all three affected constituencies: students, faculty and administrators. Each is considered in a separate section. The student section shifts attention from, to paraphrase McNairy, fixing the student to focussing on higher education's need to examine and, where appropriate, revise policies, curriculum, support services and campus climate. Responding to the new agenda shaped by the opponents of affirmative action, but rejecting the defensive x percent solutions espoused by its proponents, this book puts forward new solutions that will provoke debate. Section II begins with a survey of the literature on African American administrators, and presents a Delphi study of twelve administrators to provide an understanding of pathways and barriers to success. The contributors then consider the importance of developing community support and creating alliances, the role of mentoring, and the setting of clear expectations between the individual and the institution. Starting with the recognition that African Americans represent less than five percent of full-time faculty, the chapters in the final section examine the effects of the dismantling of affirmative action, the consequences of faculty salaries trailing more lucrative non-academic employment, the declining enrollment of students of color, the politics of promotion and tenure, and issues of identity and culture. The book concludes by stressing the roles that parents, faculty and administrators must play to empower African American students to take responsibility for their own academic performance. This is a compelling, controversial and constructive contribution to an issue of national importance.