The Bals Publics at The Paris Opera in the Eighteenth Century 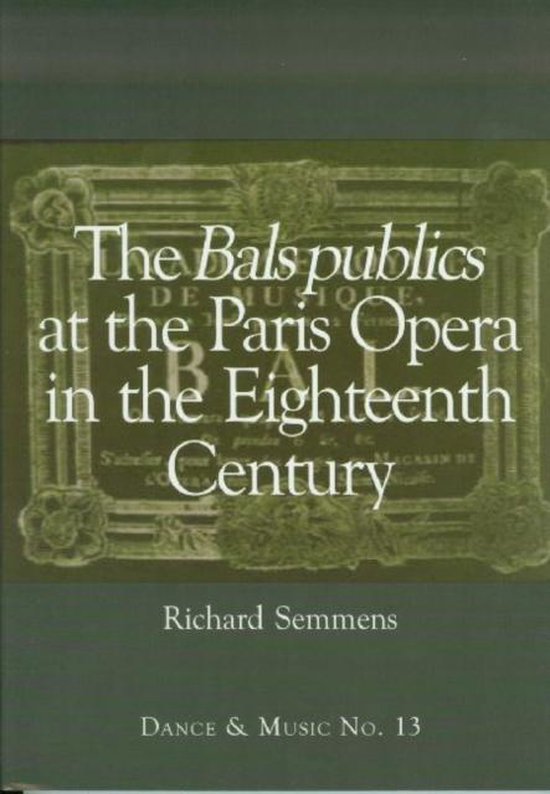 The range of possibilities for what was termed a ball in eighteenth-century France was quite considerable. At one extreme were the carefully regulated bals parés at the other were the elaborately staged bals masqués. Alternatively, a bal could also be an entirely impromptu affair. Throughout this colorful range of possibilities, the repertoire of dance styles and types was generally shared: danses figures, new as well as old, for couples; and group dances, among which the contredanse reigned supreme.
There was another kind of ball, however, that has not yet been examined systematically by scholars. The bals publics held at the opera house in Paris were initiated not long after Louis XIV's death in 1715, and remained popular until the fall of the ancienne régime. This book explores the advent and early development of the bal public through 1763, when a fire destroyed the home of the Académie Royale de Musique (the 'Opera'). The bal public was unlike any other kind of ball, although, as with bals masqués, those in attendance were masked. This study aims, in part, to explore how the bal public might have influenced social dancing more generally. By 1744, there was a dramatic shift in social modeling from the royal balls at Versailles (and elsewhere) to the public balls at the Opera.