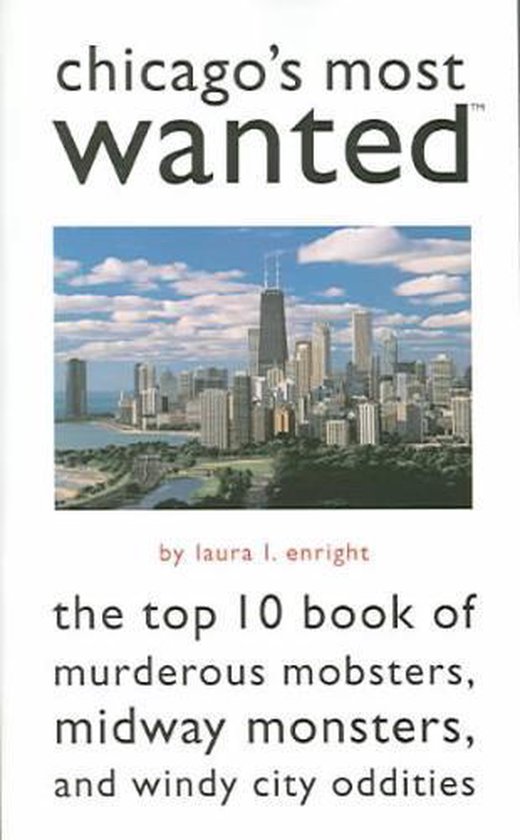 Established less than 200 years ago, Chicago has seen a lot of living in that short span of time. Burned to the ground early on, it's been frozen and just recently flooded. Tucked away in the Midwest, it still rivals both coasts with its food, entertainment, and cultural venues. Chicago's Most Wanted (TM): The Top 10 Book of Murderous Mobsters, Midway Monsters, and Windy City Oddities takes you on a tour of that toddlin' town with dozens of top-ten lists containing memorable minutiae and delightful details. Laura L. Enright will blow you away with this collection of amusing and amazing facts about the Windy City. One would be hard-pressed to decide what Chicago is most famous for. Is it disasters, such as the Great Chicago Fire? Or perhaps gangsters are its calling card, with Al Capone at the head? Maybe it's the politics, with Hizzoner, da Mayor and stories of votes coming from the dead. Or do sports come to mind first, like the Cubs' dismal failures-some say due to a decades-old curse-and the glory days of da Bulls and da Bears? Whatever it is that makes Chicago, it's in Chicago's Most Wanted (TM). The famous and the infamous, festivals and food, blues and jazz, and so much more are all included in this collection of fascinating and often humorous trivia tidbits. Frank Sinatra rhapsodized that Chicago won't let you down, and neither will Laura L. Enright's Chicago's Most Wanted (TM)!