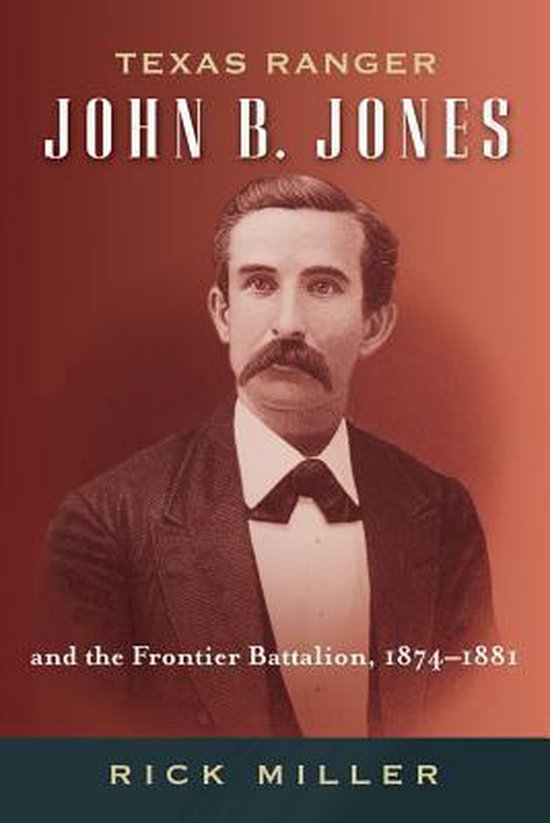 In 1874, the Texas legislature created the Frontier Battalion, the first formal, budgeted organization as an arm of state government of what historically had been periodic groups loosely referred to as Texas Rangers. Initially created to combat the menace of repeated raids of Indians from the north and from Mexico into frontier counties, the Battalion was led by an unusual choice: a frail, humorless Confederate veteran from Navarro County, John B. Jones. Under Jones's leadership, the Battalion grew in sophistication, moving from Indian fighting to capturing Texas's bad men, such as John Wesley Hardin and Sam Bass. Established during the unsettled time of Reconstruction, the Rangers effectively filled a local law enforcement void until competency was returned to local sheriffs' and marshals' offices. Numerous books cover individual Texas Rangers of note, but only a few have dealt with the overall history of the Rangers, and, strangely, none about Jones specifically. For the first time, author Rick Miller presents the story of the Frontier Battalion as seen through the eyes of its commander, John B. Jones, during his administration from 1874 to 1881, relating its history-both good and bad-chronologically, in depth, and in context. Highlighted are repeated budget and funding problems, developing standards of conduct, personalities and their interaction, mission focus and strategies against Indian war parties and outlaws, and coping with politics and bureaucracy. Miller covers all the major activities of the Battalion in the field that created and ultimately enhanced the legend of the Texas Rangers. Jones's personal life is revealed, as well as his role in shaping the policies and activities of the Frontier Battalion. Based largely on primary documents, especially the actual correspondence generated by the various actors in the Battalion's drama that best tell the tale, this book is a major contribution to understanding the early development and growth of what became the institution celebrated in legend today. And John B. Jones at last has a definitive biography that recognizes him as one of the most important men who actually laid the groundwork for that legend.