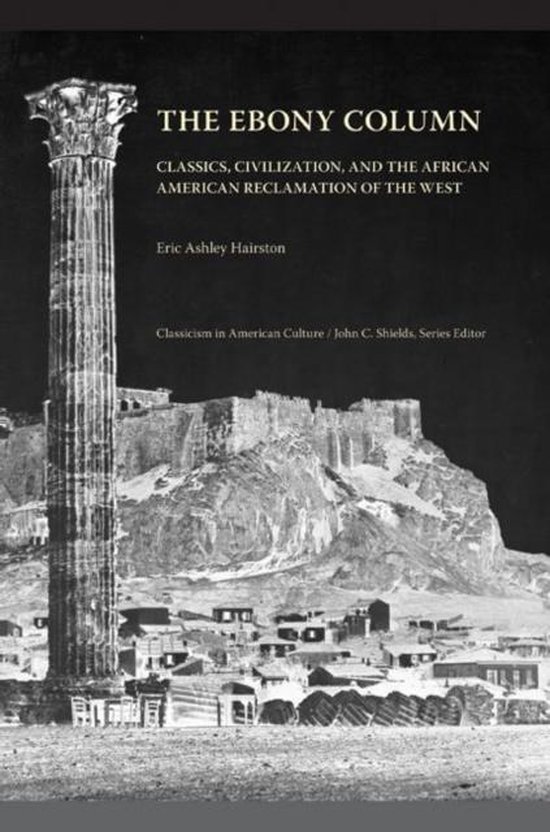 In The Ebony Column, Eric Ashley Hairston begins a new thread in the ongoing conversation about the influence of Greek and Roman antiquity on U.S. civilisation and education. While that discussion has yielded many exceptional insights into antiquity and the American experience, it has so regularly elided the African American component that all classical influence on black writing and thought seems to vanish. That omission, Hairston contends, is disturbing not least because of its longevity-from an early period of overt stereotyping and institutionalised racism right up to the contemporary and, one would hope, more cosmopolitan and enlightened era. Challenging and correcting that persistent shortsightedness, Hairston examines several prominent black writers' and scholars' deep investment in the classics as individuals, as well as the broader cultural investment in the classics and the values of the ancient world. Beginning with the late-eighteenth-century verse of Phillis Wheatley, whose classically inspired poems functioned as a kind of Trojan horse to defeat white oppression, Hairston goes on to consider the oratory of Frederick Douglass, whose rhetoric and ideas of virtue were much influenced by Cicero, and the writings of educator Anna Julia Cooper, whose classical training was a key source of her vibrant feminism. Finally, he offers a fresh examination of W. E. B. DuBois's seminal The Souls of Black Folk (1903) and its debt to antiquity, which volumes of commentary have largely overlooked. The first book to appear in a new series, Classicism in American Culture, The Ebony Column passionately demonstrates how the myths, cultures, and ideals of antiquity helped African Americans reconceptualise their role in a Euro-American world determined to make them mere economic commodities and emblems of moral and intellectual decay. To figures such as Wheatley, Douglass, Cooper, and DuBois, classical literature offered striking moral, intellectual, and philosophical alternatives to a viciously exclusionary vision of humanity, Africanity, the life of the citizen, and the life of the mind.