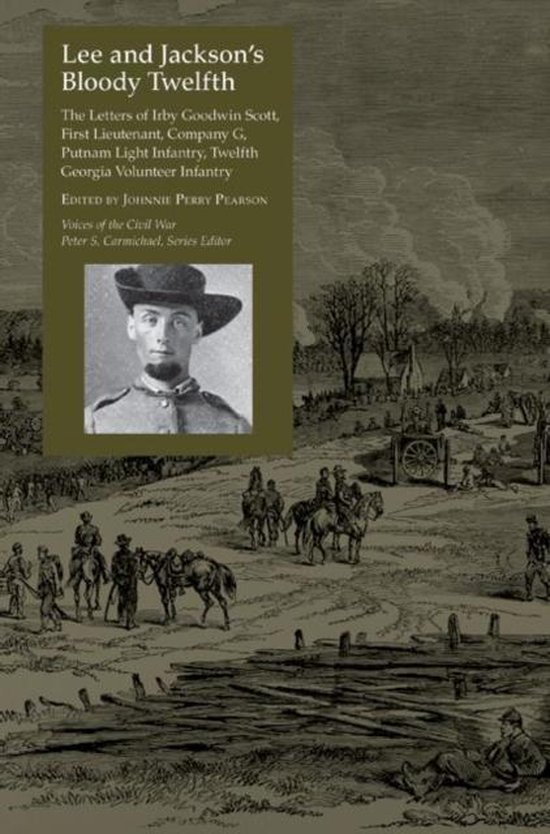 Offering a fascinating look at an ordinary soldier's struggle to survive not only the horrors of combat but also the unrelenting hardship of camp life, Lee and Jackson's Bloody Twelfth brings together for the first time the extant correspondence of Confederate lieutenant Irby Goodwin Scott, who served in the hard-fighting Twelfth Georgia Infantry. The collection begins with Scott's first letter home from Richmond, Virginia, in June 1861, and ends with his last letter to his father in February 1865. Scott miraculously completed the journey from naive recruit to hardened veteran while seeing action in many of the Eastern Theatre's most important campaigns: the Shenandoah Valley, the Peninsula, Second Manassas, and Gettysburg. His writings brim with vivid descriptions of the men's activities in camp, on the march, and in battle. Particularly revelatory are the details the letters provide about the relationship between Scott and his two African American body servants, whom he wrote about with great affection. And in addition to maps, photographs, and a roster of Scott's unit, the book also features an insightful introduction by editor Johnnie Perry Pearson, who highlights the key themes found throughout the correspondence. By illuminating in depth how one young Confederate stood up to the physical and emotional duress of war, the book stands as a poignant tribute to the ways in which all ordinary Civil War soldiers, whether fighting for the South or the North, sacrificed, suffered, and endured. Johnnie Perry Pearson is a retired state service officer formerly with the North Carolina Division of Veteran Affairs. He served as an infantry platoon sergeant during the Vietnam War and lives in Hickory, North Carolina.