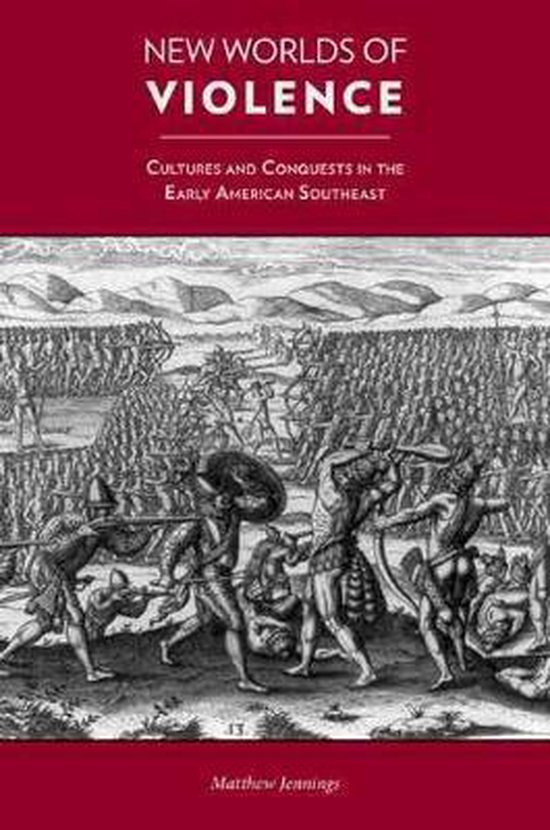 From the early 1500s to the mid-1700s, the American Southeast was the scene of continuous tumult as European powers vied for dominance in the region while waging war on Native American communities. Yet even before Hernando de Soto landed his expeditionary force on the Gulf shores of Florida, Native Americans had created their own cultures of violence : sets of ideas about when it was appropriate to use violence and what sorts of violence were appropriate to a given situation. In New Worlds of Violence, Matthew Jennings offers a persuasive new framework for understanding the European-Native American contact period and the conflicts among indigenous peoples that preceded it. This pioneering approach posits that every group present in the Southeast had its own ideas about the use of violence and that these ideas changed over time as they collided with one another. The book starts with the Mississippian era and continues through the successive Spanish and English invasions of the Native South. Jennings argues that the English conquered the Southeast because they were able to force everyone else to adapt to their culture of violence, which, of course, changed over time as well. By 1740, a peculiarly Anglo-American culture of violence was in place that would profoundly influence the expansion of England's colonies and the eventual southern United States. While Native and African violence were present in this world, they moved in circles defined by the English. New Worlds of Violence concludes by pointing out that long-lasting violence bears long-lasting consequences. An important contribution to the growing body of work on the early Southeast, this book will significantly broaden readers' understanding of America's violent past. Matthew Jennings is an assistant professor of history at Macon State College in Macon, Georgia. He is the author of Violence in a Shattered World in Mapping the Shatter Zone: The European Invasion and the Transformation of the Mississippian World, edited by Robbie Ethridge and Sheri Shuck-Hall. His work has also appeared in The Uniting States, The South Carolina Encyclopedia, A Multicultural History of the United States, and The Encyclopedia of Native American History.