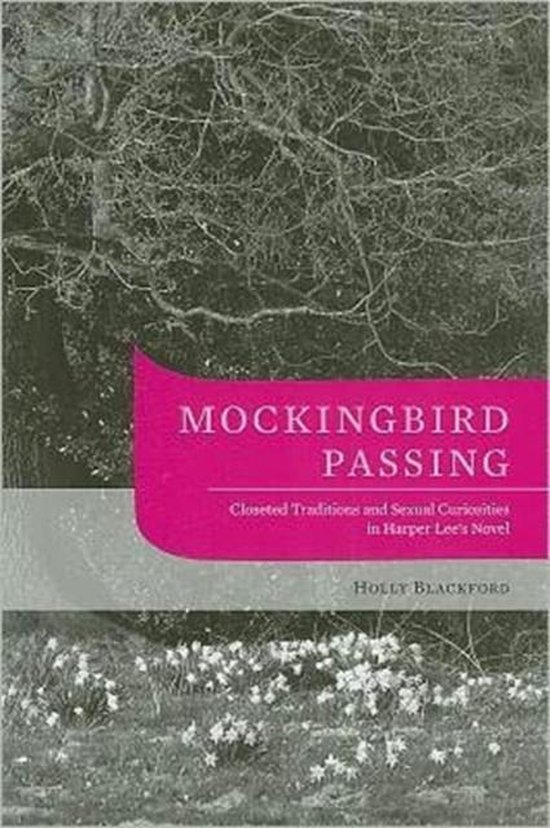 How often does a novel earn its author both the Presidential Medal of Freedom, awarded to Harper Lee by George W. Bush in 2007, and a spot on a list of 100 best gay and lesbian novels ? Clearly, To Kill a Mockingbird, Lee's Pulitzer Prize-winning tale of race relations and coming of age in Depression-era Alabama, means many different things to many different people. In Mockingbird Passing, Holly Blackford invites the reader to view Lee's beloved novel in parallel with works by other iconic American writers-from Emerson, Whitman, Stowe, and Twain to James, Wharton, McCullers, Capote, and others. In the process, she locates the book amid contesting literary traditions while simultaneously exploring the rich ambiguities that define its characters. Blackford finds the basis of Mockingbird's broad appeal in its ability to embody the mainstream culture of romantics like Emerson and social reform writers like Stowe, even as alternative canons-southern gothic, deadpan humor, queer literatures, regional women's novels-lurk in its subtexts. Central to her argument is the notion of passing : establishing an identity that conceals the inner self so that one can function within a closed social order. For example, the novel's narrator, Scout, must suppress her natural tomboyishness to become a lady. Meanwhile, Scout's father, Atticus Finch, must contend with competing demands of thoughtfulness, self-reliance, and masculinity that ultimately stunt his effectiveness within an unjust society. Blackford charts the identity dilemmas of other key characters-the mysterious Boo Radley, the young outsider Dill (modeled on Lee's lifelong friend Truman Capote), the oppressed victim Tom Robinson- in similarly intriguing ways. Queer characters cannot pass unless, like the narrator, Miss Maudie, and Cal, they split into the modest double life. In uncovering To Kill a Mockingbird's lively conversation with a diversity of nineteenth- and twentieth-century writers and tracing the equally diverse journeys of its characters, Blackford offers a myriad of fresh insights into why the novel has retained its appeal for so many readers for over fifty years. At once Victorian, modern, and postmodern, Mockingbird passes in many canons. Holly Blackford, an associate professor of English at Rutgers University-Camden, has published extensively in the fields of American literature and children's literature.