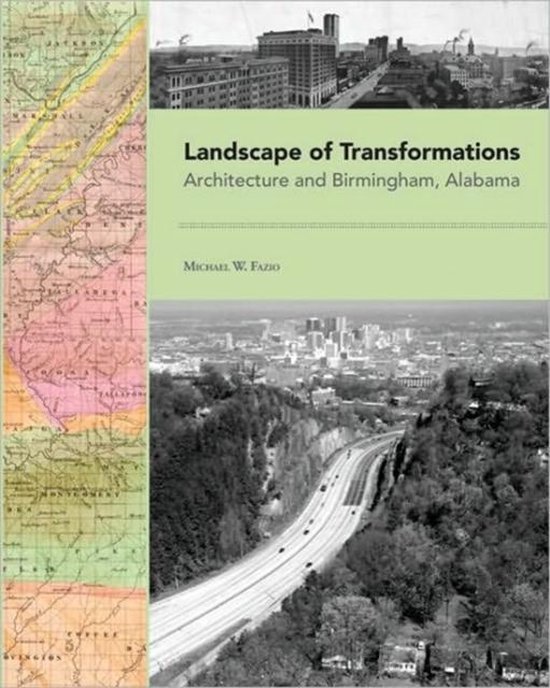 Landscape of Transformations presents a history of Birmingham, Alabama's built environment and chronicles the development of the city as it became the dominant industrial powerhouse of the South during the nineteenth century and well into the twentieth. This is a work of broad cultural interpretation, integrating industrial and commercial architecture, planned subdivision development, and the housing of the urban poor, while emphasizing the city's many transformations.

In an unusual approach, Michael W. Fazio interprets the human constructions and natural landscapes of Birmingham as his text, a medium in which society has not only located and contained itself but also encoded its values for subsequent generations. Fazio allows this landscape to speak openly, sometimes eloquently, and even tragically about historical events. For example, on the civil rights struggle, rather than delving exclusively into political machinations and social structure, the author considers some of the city's most important civil rights developments through their physical contexts---the buildings, streets, and landscapes where they took place---and looks for meaning in them.

In addition, Fazio traces the history of Birmingham through the events, circumstances, and personalities that have shaped the city. The book begins with an exploration of the preindustrial landscape, continues with a look at the development of the iron and steel industries, and culminates with an analysis of the planning developments that produced the University of Alabama in Birmingham and its medical center, which replaced declining heavy industry as foundations of the local economy.

Richly illustrated with black-and-white and color photographs, maps, and drawings, Landscape of Transformations is one of the few studies to focus on industrial cities of the ''heartland.'' Architectural historians, urban planners, and historic preservationists will be fascinated by this profound story of coal, iron, architecture, and the people behind the emerging personality of a leading southern city.