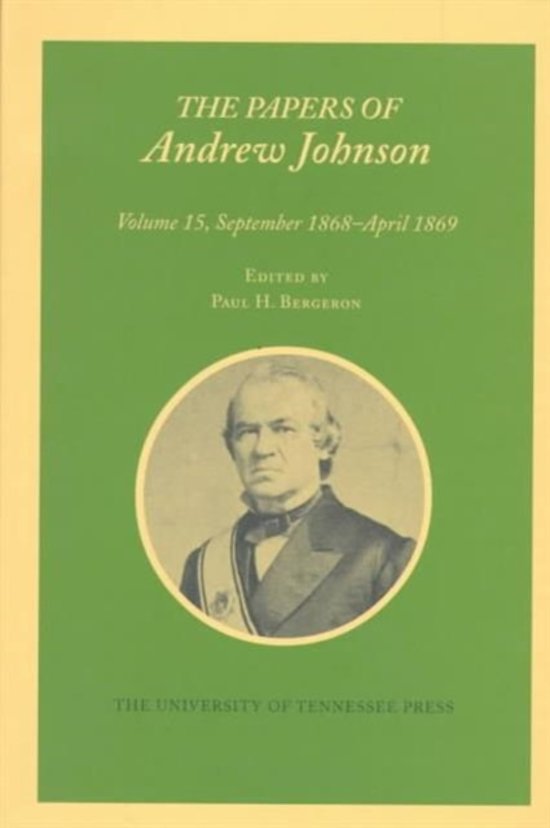 This volume encompasses the last six months of Andrew Johnson's presidency (September 1868-February 1869) and March and April of 1869. During this time Johnson moved from being a considerably diminished president to becoming an ex-president. But by April he sought to rejuvenate his political career by undertaking a speaking tour across Tennessee. Despite being a president in limbo in the last months of his term, Johnson remained surprisingly active. Requests and nominations for presidential patronage did not slow down, but Johnson enjoyed only limited success in securing Senate confirmation of his appointments. Yet the patronage game continued to be played right up to the end of his term. Although Horace Greeley feared Johnson might do something to make us all d--d mad before November, the President's involvement in the presidential campaign was limited to a plea with Horatio Seymour to become an active campaigner. But even a more engaged Democratic candidate could not have thwarted the Republican ticket headed by General Grant. One holdover problem from the summer months was the whiskey frauds investigation in New York City. It continued through the end of 1868 with various twists and turns. The Johnson administration had to defend its own investigators, who seemed as unscrupulous as those they investigated. The ultimate purpose of the inquiry was to replace Internal Revenue Commissioner Edward Rollins, but Rollins remained in office. In late 1868 several Southern states sent reports about unusual outbreaks of violence to Washington. A Tennessee delegation testified about Ku Klux Klan activities and requested federal troops to counteract them. North Carolina, Alabama, Louisiana, and Arkansas presented similar accounts to Johnson. But the President was unable to take any real action. In December, Johnson submitted his fourth and final Annual Message to Congress. Not surprisingly, he attacked the various Reconstruction acts. Yet he also focused on the national debt and urged a scheme that would enable bondholders to be paid off in less than seventeen years. Republican leaders in Congress, however, strongly opposed this proposal. That same month the president also issued his fourth and final Amnesty Proclamation. Its terms embraced everyone who had not already been accommodated by earlier proclamations. The Senate demanded an explanation from Johnson, who soon forwarded a defence of the new proclamation. The President left office on March 4, but not before delivering a Farewell Address. He said that he had no regrets about his administration, a view not shared by most political leaders. Johnson spent two more weeks in Washington before returning home to Tennessee. Shortly after arriving in Greeneville he decided to rehabilitate his political standing. After all, friends had already encouraged him to run for governor or possibly a U.S. Senate seat. Only a brief, but serious, illness delayed his plans. In April, Johnson hit the campaign trail, making major speeches in Knoxville, Nashville, and Memphis. After a foray into north Alabama, Johnson was stunned by the tragic news of the suicide of his son Robert. He returned to Greeneville to grieve but also to contemplate his future political career. He would move forward in search of vindication at the hands of the voters.