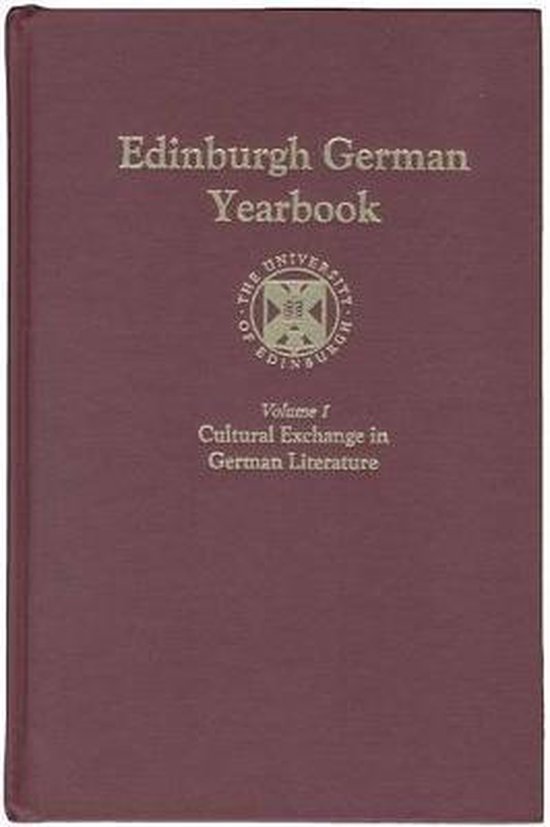 The Edinburgh German Yearbook is devoted to German Studies in an international context. It publishes original English- and German-language contributions on a wide range of topics from scholars around the world. Each volume is based on a single broad theme: the first includes papers from the highly successful conference Kennst du das Land: Cultural Exchange in German Literature, held in Edinburgh in December 2006, supplemented by additional essays. The conviction that German culture and the German spirit are triumphantly unique has played a notorious role in Germany's history. It is nonetheless acknowledged that German literature has been significantly influenced by non-German sources, and the search for what is unique about Germany and German literature must incorporate an awareness of these. This volume provides a wide-ranging investigation into how German literature from the 18th century to the present day reflects interactions between German and non-German cultures. Alongside theoretical and historical reflections on the nature of cultural exchange, contributions explore literary reception, the boundaries of and movement between cultures, and Germany's literary, political, cultural, and religious relations with both near neighbors and far-flung cultural interlocutors. Contributoers: Christian Moser, Birgit Tautz, Silvia Horsch, Eleoma Joshua, Gauti Kristmannsson, Sabine Wilke, Daniela Kramer, Jon Hughes, Thomas Martinec, Margaret Litter, Lyn Marven, Dirk Goettsche, Susanne Kord Eleoma Joshua is Lecturer in German at Edinburgh University. Robert Vilain is Professor of German and Comparative Literature at Royal Holloway, University of London. The journal's General Editor is Sarah Colvin, Professor of German at Edinburgh University.