Speaking for the Polis 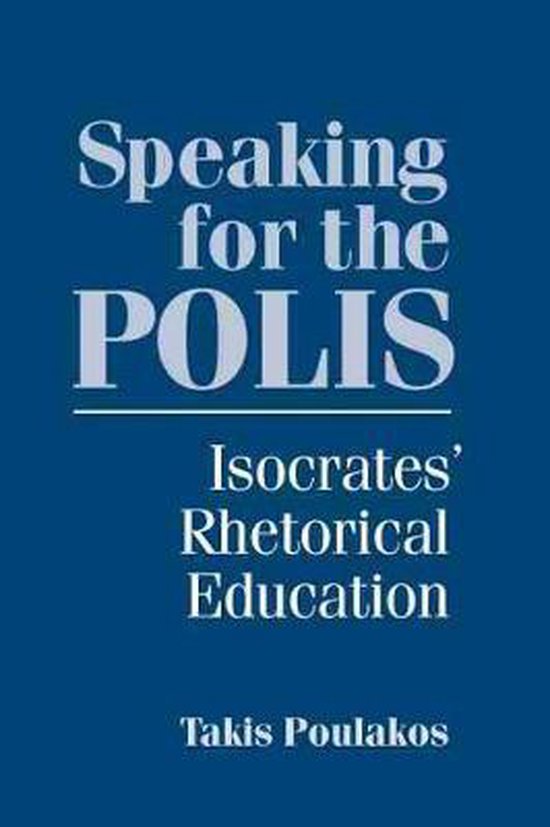 This is a revaluing of rhetoric in the educational model of the father of humanistic studies. Speaking for the Polis considers Isocrates' educational program from the perspective of rhetorical theory and explores its relation to sociopolitical practices. Illumining Isocrates' efforts to reformulate sophistic conceptions of rhetoric on the basis of the intellectual and political debates of his times, Takis Poulakos contends that the father of humanistic studies and rival educator of Plato crafted a version of rhetoric that gave the art an important new role in the ethical and political activities of Athens.Poulakos demonstrates how Isocrates adopted, transformed, and put to new tasks Protagorean and Gorgianic notions of rhetoric and how he used rhetoric to resolve tensions between political equality and social inequality. Poulakos suggests that Isocrates' rhetorical endeavors gained stability through narratives of values and shared commitments, credence through seasoned arguments about plausible solutions to political discord, and weight through the convergence of the speaker's words and quality of character.